Raikkonen ‘happy for normal life’ as he bows out of F1 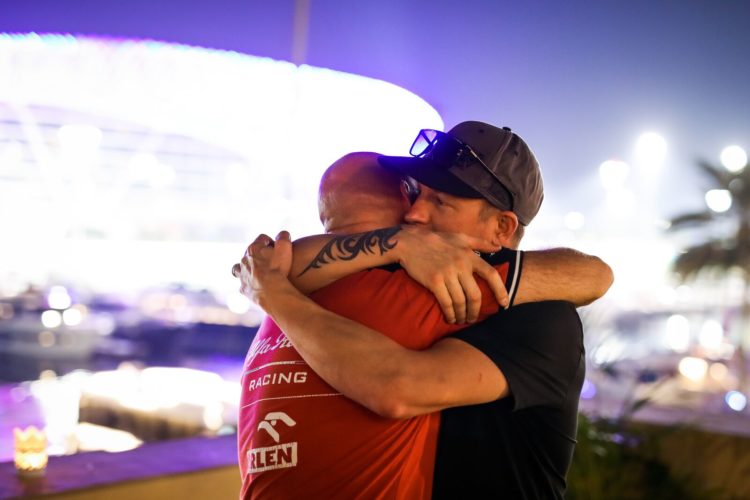 Kimi Räikkönen says he is “happy to move to a normal life” after bowing out of Formula 1 at the Abu Dhabi Grand Prix.

Räikkönen bid farewell to Formula 1 at the season-ending round at the Yas Marina Circuit, with his family present, but was forced out of the race after only 23 laps.

The retirement brought an end to a career that featured a record 349 starts, 21 victories and the 2007 world title.

“It’s been nice to see so many people showing their appreciation, even if the race didn’t go as we hoped,” said Räikkönen.

“We had an issue after the pit-stop, a technical problem that meant we finished earlier.

“That’s racing, sometimes things fail, but the result doesn’t influence how I feel about my career.

“I’m happy to move on to a normal life, I am looking forward to it. Of course, I will miss a lot of the great people I met over the years; 20 years have gone quickly, I made lots of memories, some good, some bad, and these are going to stay with me forever.”

Team-mate Antonio Giovinazzi, who is leaving Alfa Romeo and Formula 1, also failed to finish the race, marking his first early exit of the season.

“It’s a pity to end the season like this, the first DNF after a full season of finishing,” he said.

“It’s been an emotional day overall, seeing Kimi retire and seeing all the things the team did for us. He’s a great person, very fair and all of F1 will miss him.

“As for me, I hope this is just a ‘see you soon’: my full focus is now on Formula E, but I hope to be back next year. I’m happy with my journey, the way I progressed over the years, I gave everything I could.”