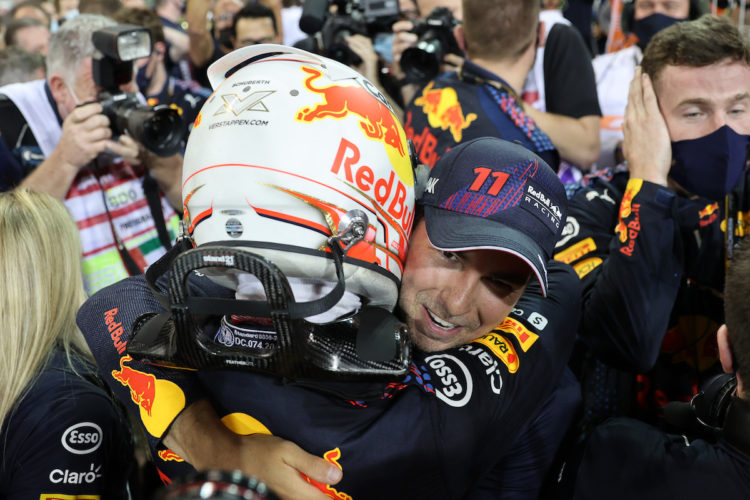 Verstappen went on to win his first title following a last-lap overtake on rival Lewis Hamilton.

The Dutchman benefitted from a late Safety Car which allowed him to pit for fresh tyres, while Mercedes stayed out to retain track position.

Mercedes’ window to pit at the end was hampered by Perez’s defence earlier in the race, as the Mexican held up Hamilton for several seconds prior to pitting, allowing Verstappen to narrow the gap.

“It was at a very critical point of the race, you know? We really need to go through to hold Lewis; basically he had the race under control,” Perez said.

“I think Max was 10 seconds or more behind, so that would have given him just enough room for all the windows, you know, with all the Virtuals and Safety Cars.

“I’m extremely happy that I could do something. I was on extremely old tyres and there was not much I could do but I managed to take a couple of seconds out of Lewis.

“I mean, I’m sure Lewis will understand. As a driver you don’t want to get involved in the championship, they’ve worked so hard for it in this moment.

“But it’s my team, I’ve done it for my team, and I’m sure the sport and everyone will understand it.”

Perez missed out on a podium result, after also pitting for fresh tyres at the end – he was forced into the garage to avoid a potential non-finish.

Despite Red Bull missing out on the Constructors’ Championship, Perez says he’s pleased for the team who achieved the Drivers’ title for the first time since 2013.

“I am pleased. I mean, today we had to retire. I think we would have come really close if I finished probably second with the way it was looking,” he said.

“We could have done the one-two today, so I mean we had to retire because the engine was so-so, so we could create another Safety Car, but I mean it’s a great result. It’s a great team result.”