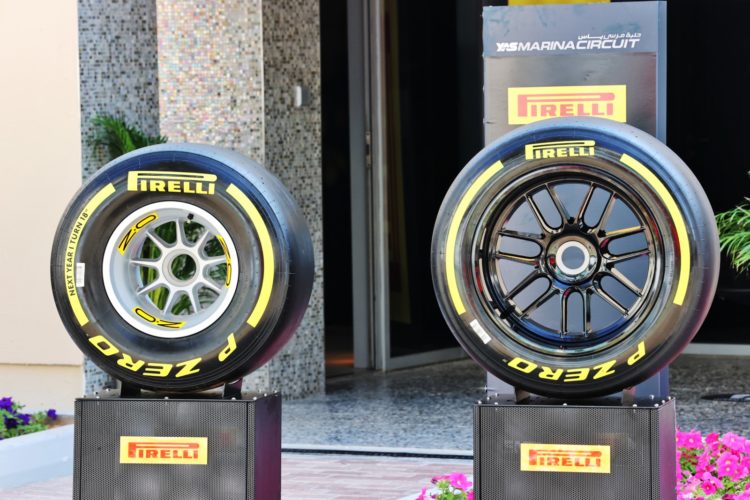 Lewis Hamilton and Nikita Mazepin will be absent from this week’s post-race Formula 1 tyre test as drivers sample Pirelli’s finalised 18-inch tyres for the first time.

Formula 1 will switch to using 18-inch tyres next season as part of the overhaul of the technical regulations.

This week’s two-day test is taking place on those 18-inch tyres, while drivers will be behind the wheel of mule cars, modified to accommodate the different sizes.

Of the 2022 race drivers Hamilton and Mazepin, who is currently isolating following a positive Covid-19 test, will not take part.

Hamilton is due to be present at Windsor Castle on Wednesday in order to receive his knighthood.

Williams, which does not have a mule car, will also be absent, meaning Nicholas Latifi and Alexander Albon will also not be participating.

George Russell will drive both days for Mercedes while Haas reserve Pietro Fittipaldi will replace Mazepin for Wednesday’s running at the Yas Marina Circuit.

Max Verstappen will drive Red Bull’s mule car on Tuesday as he prepares to return to track action for the first time since clinching his maiden world title.

Valtteri Bottas and Guanyu Zhou will both receive their first outing for Alfa Romeo; the Finn will drive on Tuesday before handing over to Zhou on Wednesday.

Ferrari’s Charles Leclerc is due to split his day in Ferrari’s mule car with simulator driver Antonio Fuoco.

The test is taking place in parallel with the young driver test, for which all 10 teams will be present, fielding one 2021-spec car each.