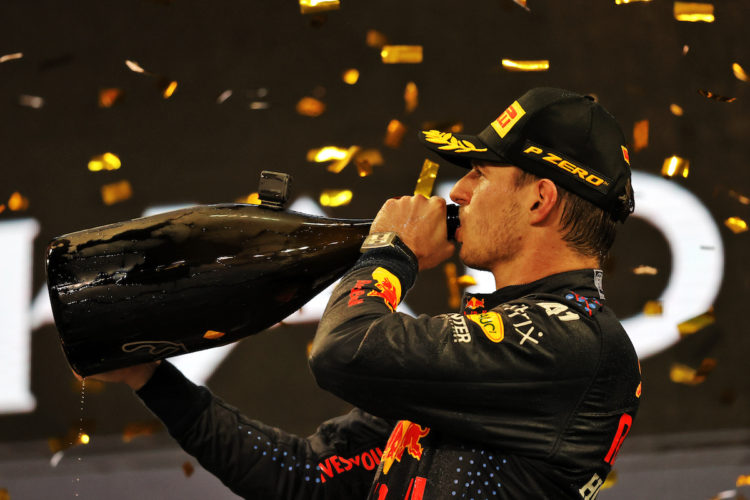 Max Verstappen has retained his first Formula 1 title after the Stewards took no further action regarding the late restart procedure at the Abu Dhabi Grand Prix.

A crash for Nicholas Latifi on lap 54 saw Race Control bring out the Safety Car to allow marshals the opportunity to clear the car.

With the race set to get back underway, five lapped cars sat between race leader Lewis Hamilton and Verstappen, who was on fresh Soft tyres.

The lapped cars were originally told they could not overtake the Safety Car and unlap themselves, before Race Control reversed its decision, placing Verstappen behind Hamilton for the final lap.

Verstappen went on to overtake Hamilton on the final lap and claim his first world title, much to the dismay of Mercedes, who lodged the protest.

However, the protest has been dismissed. In the stewards’ document, it states that Mercedes claimed there were two breaches of Article 48.12 of the Sporting Regulations, which states “..any cars that have been lapped by the leader will be required to pass the cars on the lead lap and the safety car” and “…once the last lapped car has passed the leader the safety car will return to the pits at the end of the following lap.”

Red Bull argued that “any” does not mean “all” and that Article 48.13 of the Sporting Regulations states that the message “Safety Car in this lap” is the signal that it will enter the pit lane at the end of that lap, which therefore “overrides” Article 48.12. It also stated that Article 15.3 gives the Race Director “overriding authority” over “the use of the safety car”, and that even if all cars that had been lapped (8 in total, of which 5 were allowed to overtake the safety car) it would not have changed the outcome of the race.

The document continued that Race Director Michael Masi stated that “the purpose of Article 48.12 was to remove those lapped cars that would “interfere” in the racing between the leaders and that in his view, Article 48.13 was the one that applied in this case”.

Masi also stated that “it had long been agreed by all the teams that where possible it was highly desirable for the race to end in a “green” condition (i.e. not under a Safety Car)”.

The Stewards considered the arguments and concluded: “Article 15.3 allows the Race Director to control the use of the safety car, which in our determination includes its deployment and withdrawal.

“Notwithstanding Mercedes’ request that the Stewards remediate the matter by amending the classification to reflect the positions at the end of the penultimate lap, this is a step that the Stewards believe is effectively shortening the race retrospectively, and hence not appropriate.”

Mercedes also had another protest rejected by the stewards, after it accused Verstappen of overtaking Hamilton under the Safety Car as they prepared to restart the race.

Although the matter has been dealt with by the FIA, Mercedes still retains the right to bring the case to the Court of Arbitration for Sport.