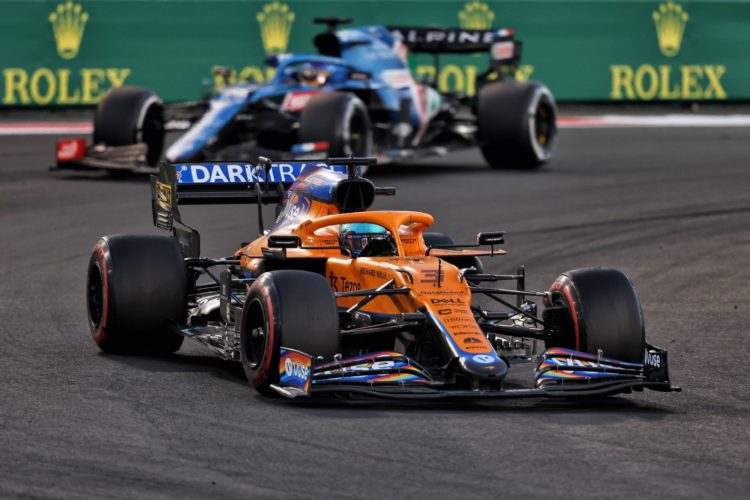 Daniel Ricciardo and Lance Stroll have expressed puzzlement at the manner in which the late restart at Formula 1’s title-deciding Abu Dhabi Grand Prix unfolded.

Race Control initially outlined that lapped cars were not permitted to overtake but then issued a message informing that the five drivers in between Lewis Hamilton and Max Verstappen could unlap themselves.

That freed Lando Norris, the Alpine drivers, Charles Leclerc and Sebastian Vettel, but Ricciardo, Stroll and Mick Schumacher – the last remaining drivers – were not allowed to unlap themselves.

Mercedes has protested the result of the race – relating to Article 48.12 of the Sporting Regulations – after the last-lap restart led to Verstappen passing Hamilton for the win and the title.

The drivers who unlapped themselves, led by Norris, did not make it around to the train in time for the restart, with Norris classifying 51 seconds behind Valtteri Bottas.

The trio who remained a lap down were effectively left outside of contention for points.

“At the end it was kind of weird, they said cars can’t pass, the lapped cars, then some of them did, but then I wasn’t allowed to,” said Ricciardo.

“We did a one-lap restart, I’m sitting right behind Lewis and Max, like, why am I here? I don’t know. It was very interesting.”

Stroll added: “It was a tricky race today and we were not able to benefit from the late Safety Car because we were not waved through to overtake, which was frustrating and I did not understand.

“It was a late chance to make up some places and potentially aim for points after we made the decision to pit again.”

Norris, who classified seventh, said: “I’m not too sure what was said by the FIA, at first we weren’t allowed to overtake, so if that influenced decisions and if that’s the reason they [Mercedes] didn’t do the pit stop, but then the FIA suddenly changed their minds and were allowed to let us past… then that’s where I’m not sure.

“I’ll say congrats to both drivers. In terms of the decision… yeah for it to end like that I’m not so sure.”