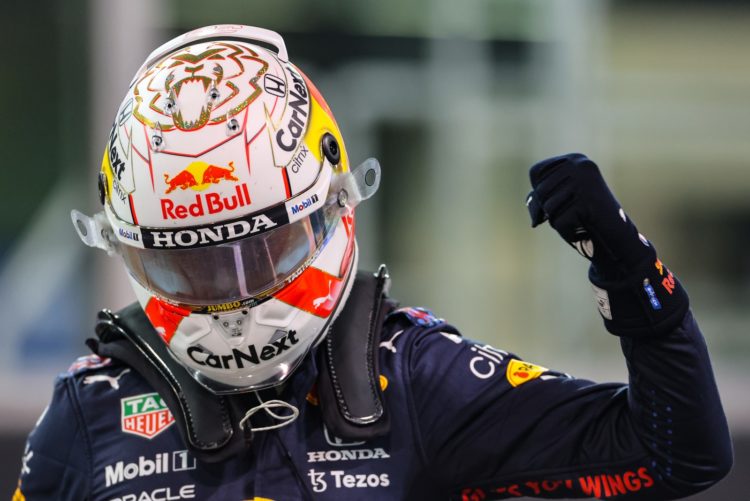 Max Verstappen praised Sergio Perez for their team work during Abu Dhabi qualifying but says the tow he received was not the determining factor in his pole position.

Verstappen received a tow from Perez along the run to Turn 9 on his first Q3 push lap – which proved to be the pole-winning effort – and then repaid the favour next time around.

Verstappen finished Q3 with an advantage of almost four tenths of a second over title rival Lewis Hamilton.

“It was very nicely executed,” said Verstappen. “It’s not whatever the gap was, I might have gained a tenth towards Turn 9, it’s not a massively long straight.

“Nevertheless, Checo is a great team-mate and a real pleasure to work with so also a big thank you to him.”

Verstappen enters the finale level on points with Hamilton but ahead on countback of victories as he sets his sights on clinching a maiden world title.

“Lewis has won already so many championships but also this year we have been pushing each other, certainly at some races, to the limit,” said Verstappen.

“We’ve been trying to get everything out of our cars, tyres, to the last lap, to the last corner and that’s very exciting and especially when it’s between two teams as well.

“Of course, probably in 10-20 years’ time people will probably look back on it, even myself, and we will remember this year, for sure.”