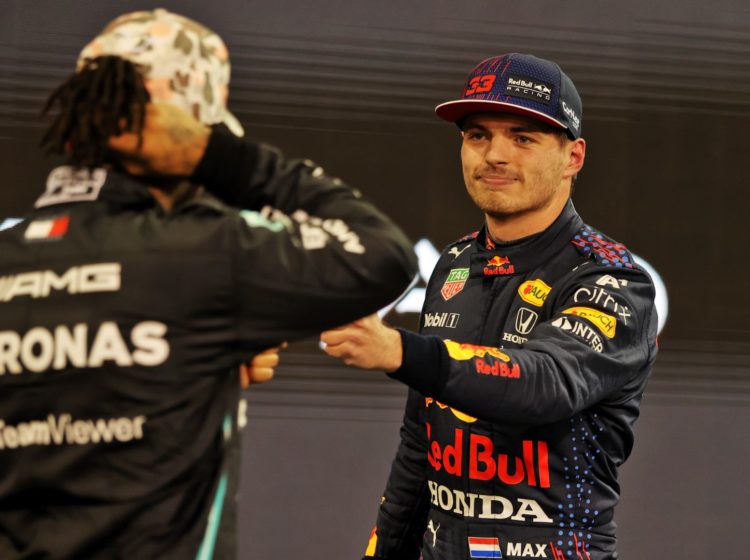 Verstappen clocked a time of 1:22.109s during the early stages of Q3, effectively utilising the slipstream from team-mate Sergio Perez, to lay down a benchmark that was not troubled.

Red Bull and Mercedes adopted different tyre strategies for Q2, with both Red Bull drivers set to start on Softs, while the Mercedes duo will be on the Mediums.

The title rivals’ team-mates did not follow immediately in the pecking order, with Lando Norris springing a surprise by vaulting up to third place on the grid.

That pushed Perez down to fourth while Valtteri Bottas could muster only sixth place, behind lead Ferrari driver Carlos Sainz.

Fernando Alonso missed out on a spot in Q3 by just 0.012s while AlphaTauri’s Pierre Gasly had an atypically subdued session in 12th place.

Aston Martin had both cars eliminated in the second session, with Lance Stroll 13th and Sebastian Vettel 15th, either side of departing Alfa Romeo driver Antonio Giovinazzi.

Such was the traffic chaos in the final sector during the closing stages of Q2 that Vettel had to stop at the exit of Turn 13 for several seconds in order to find some space.

Neither Williams driver made it through to Q2 as George Russell was unable to replicate past heroics on his swansong for the team and claimed 17th.

It meant for the second time in four events he was out-qualified over one lap by team-mate Nicholas Latifi, with Russell feeling Williams’ run plan was inadequate.

Kimi Räikkönen was a subdued 18th in his final qualifying session, ahead only of the Haas drivers, with Mick Schumacher once more eclipsing Nikita Mazepin.

Schumacher caused the session to be halted briefly after clipping the bollard on the inside of Turn 16, leaving it in a dangerous position on the racing line.