Hamilton, Mercedes ‘had no answer’ to Verstappen’s time 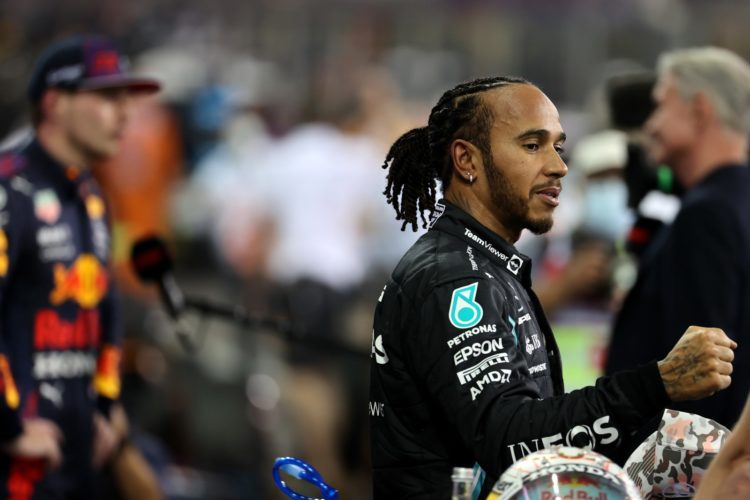 Lewis Hamilton credited title rival Max Verstappen post-qualifying, saying he had “no answer” to the Q3 benchmark set by the Red Bull driver.

Hamilton set the pace through second and third practice but Verstappen posted a new track record on his first Q3 push lap, with Hamilton half a second behind.

Hamilton edged closer on his second effort but still trailed Verstappen by almost four tenths of a second.

“Max did a great lap today, we just couldn’t compete with that time at the end there,” said Hamilton.

“We just couldn’t answer to that lap, that was a fantastic lap from him, but we’re in a good position with our tyres.

“Generally through practice, FP3 at least, the car was feeling solid, through the qualifying session it felt like it got a bit harder to try and gain speed and then the last two laps weren’t easy to really pull out the time.

“I don’t know if it’s track temp or what, the last lap was OK, definitely can’t complain, but of course we wish we were a bit quicker today.”

Hamilton nonetheless revelled in the season-long battle as he and Verstappen head into Sunday’s race level on points.

“It’s been an incredible year, an amazing battle,” he said.

“I’m grateful I’ve had such a great battle with Max and his team, I think they’ve done an exceptional job and shown true strength and so it’s pushed us to the limit in ways that we needed.

“And we have grown stronger as a team in ways we didn’t know we could grow. It’s been amazing. I hope that we have many more seasons like this.”