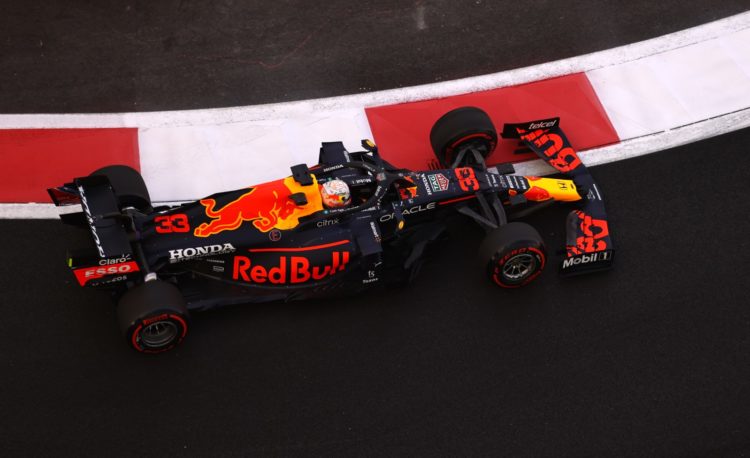 Verstappen clocked a time of 1:25.009s to finish 0.196s clear of Mercedes driver Valtteri Bottas in the one-hour session in hot and sunny conditions at Yas Marina.

Verstappen’s title opponent Lewis Hamilton set a time of 1:25.042s, 0.033s behind the Red Bull driver, but that was deleted for exceeding track limits at Turn 16.

The opening practice session in Abu Dhabi can be unrepresentative owing to the daytime conditions.

Second practice, along with qualifying and the race, take place at twilight.

Yas Marina has been reprofiled for the first time in its history, with the old Turn 5/6 chicane removed and replaced by a hairpin, while the previous Turn 11-14 complex has been reconstructed into a long-radius sweeper now named Marsa.

The four corners around the W Hotel have also been opened up to create faster apex speeds.

The fastest lap time in the session was 12.3 seconds faster than the best time set in last year’s corresponding first practice session.

In a relatively low-key session the only driver to have a major moment at Marsa was Kimi Räikkönen, who spun, while Lando Norris went wide at the exit to avoid the heavy kerbs.

Formula 1’s first taste of the revised layout came a day after championship officials confirmed that Yas Marina will stay on the calendar through at least 2030.

Yuki Tsunoda has had a mixed rookie season but laid down an encouraging marker in FP1, at a venue where he had his first official outing with AlphaTauri in 2020.

Pierre Gasly was seventh, in front of Ferrari drivers Charles Leclerc and Carlos Sainz, while Sebastian Vettel rounded out the top 10 for Aston Martin, finishing just within a second of Verstappen’s benchmark, spinning at Turn 15 during the closing stages.

Elsewhere Jack Aitken returned to Williams’ Formula 1 cockpit for the session, several months after his serious accident in a sportscar race at Spa-Francorchamps, classifying 17th overall.