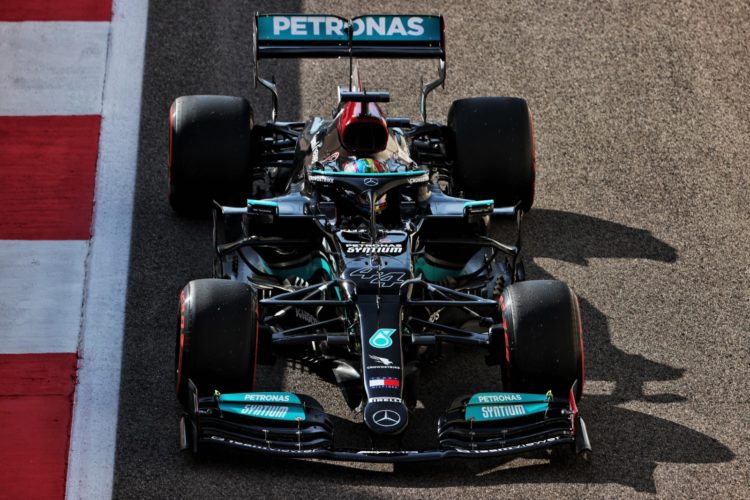 Hamilton held an advantage over title rival Max Verstappen on Medium tyres during the early laps and continued to hold a gap once they switched to Soft tyres.

Hamilton sat only third after his first run, following a slide at Turn 1, and abandoned another lap after a subdued Turn 1 was followed by a wide moment through Turn 5.

But he went again and on a clean lap clocked a time of 1:23.691s, elevating himself from third to first.

Ocon was 0.343s behind Hamilton while Bottas finished 0.051s down on the Alpine driver.

Bottas went again on Soft tyres but locked up heavily into Turn 12 and backed out of the lap, having earlier hit the barriers exiting Turn 14 without sustaining damage.

Ocon was the standout among the usual midfield drivers, classifying second, while Fernando Alonso backed up a good day for Alpine by taking sixth, within a tenth of fifth-placed Red Bull driver Sergio Perez.

Yuki Tsunoda capped an encouraging day as he seeks to end his rookie campaign on a high; having been fifth in FP1 he finished seventh in FP2, ahead of Ferrari duo Charles Leclerc and Carlos Sainz.

Aston Martin finished 14th and 15th, Sebastian Vettel in front of Lance Stroll, ahead of Kimi Räikkönen, who crashed out as the session finished.

Räikkönen lost the rear of his Alfa Romeo C41 through the reprofiled Turn 14 and caused heavy damage to the car, though was able to walk away from the wreckage uninjured.

George Russell returned to action with Williams, having sat out FP1 to allow Jack Aitken to drive, and placed 17th, while Nicholas Latifi was 18th after a low-speed rear-first crash into the Turn 13 barriers.

Haas occupied its usual position at the rear of the field, with Mick Schumacher within a tenth of Latifi, and some way ahead of Nikita Mazepin.