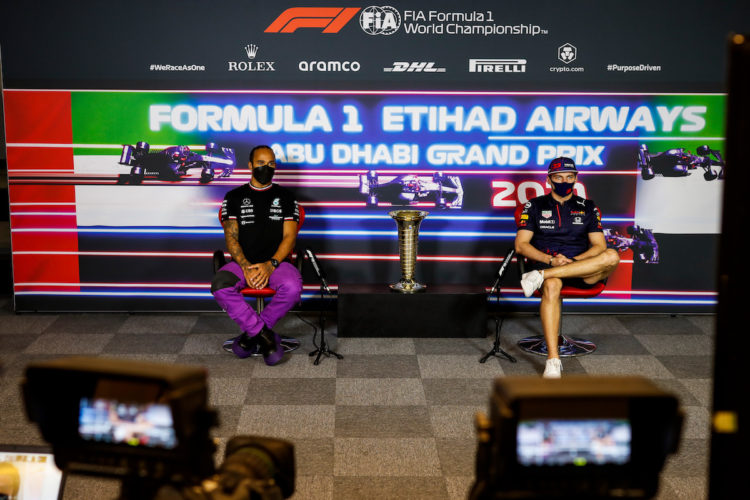 Lewis Hamilton says the FIA’s warning that drivers may be deducted championship points for unsportsmanlike conduct at this weekend’s Abu Dhabi Grand Prix is “fair”.

The duo have clashed on a number of occasions this year, including at last week’s Saudi Arabian Grand Prix.

With F1 title fights having been decided through on-track collisions in the past, Hamilton believes it’s appropriate that a caution was issued.

“It’s happened in the past obviously and I am sure the stewards hadn’t taken the precautions they have this time around,” Hamilton said.

“I think that’s fair, that they do it and hopefully, they won’t need to be used and we have a great race and move forward.

Should Hamilton take the title this weekend, it will be a record-breaking eighth, while Verstappen is seeking his first in F1.

“We’re into unmarked territory as a team and with the year we’ve had I’m sure so many people would have ruled us out being this close right at the end,” Hamilton said.

“It’s been an incredible group effort from everyone back at the factory and at the track. No one’s ever done eight before.

“I feel grateful. I remember what it’s like also going for your first, I had those experiences and rollercoaster of emotions you go through.”