Alonso: Verstappen ‘a step ahead of everyone’ in 2021 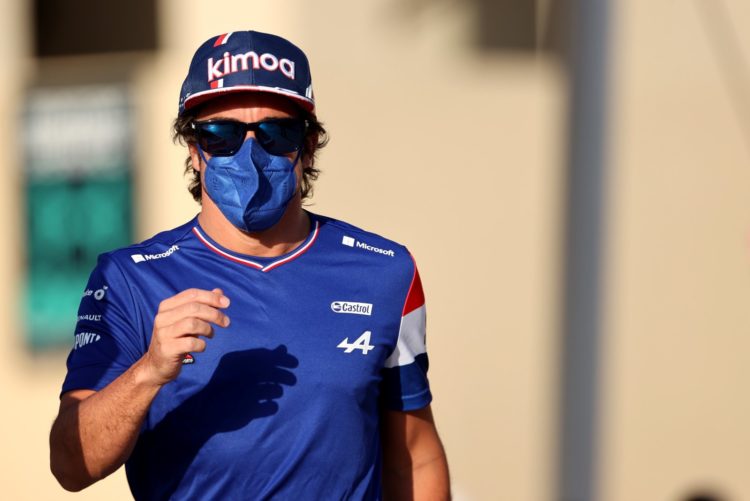 Fernando Alonso believes Formula 1’s title rivals are “driving amazingly” but that Max Verstappen has been “a step ahead of everyone” this year.

Verstappen and title rival Lewis Hamilton have won 17 of this year’s 21 grands prix between them and the enter this weekend’s finale level on points.

Verstappen is ahead on countback of superior number of victories.

Alonso praised both drivers for their performances through this year but feels Verstappen has held the upper hand.

“They seem OK and they seem on top of the game at the moment,” said Alonso.

“Both of them are driving amazing and no mistakes and pushing the limits every race. You see that they are first and second in every race because they are in another level so that’s fantastic to see how they push each other.

“But I don’t know, this final race is going to be tense for sure for them, we will see.

“It will depend on the package, a little bit. Mercedes lately I think is a little bit more performing and they won a couple of races now but Max is driving, in my opinion, one step ahead of all of us.

“We saw the lap in Jeddah until he touched the wall in the last corner. That lap was coming from Max, not the Red Bull so I think in a way, but that’s my opinion.

“Mercedes, they deserve the constructors’ championship because I think the car is superior and Max maybe overall in the year was driving one step ahead of everyone.”

Alonso nonetheless stressed that he has no preference either way.

“I am not in the fight so I am supporting my team and my team is fighting for the fifth in the constructors’ championship,” he said.

“What is happening at the front, as a motorsport fan, you are following and you are aware of the stress they may get into these weekends and it’s nice to watch from the outside.

“I think whoever wins, it doesn’t change too much your approach or your weekend. As I said, when someone asks I can have an opinion but everyone has a different one and that’s it but not supporting anyone.”