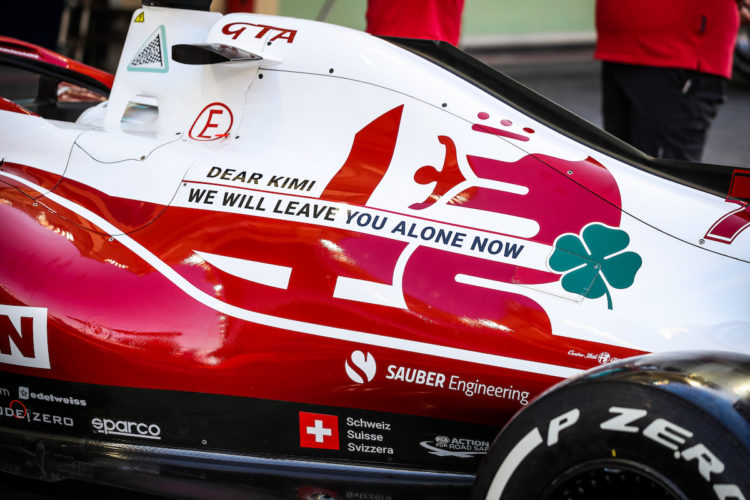 The race is set to be Raikkonen’s last in the sport, after he announced his retirement earlier this year.

The message says ‘We will leave you alone now’, referencing the Finn’s famous radio message from the 2012 race in Abu Dhabi.

Raikkonen exits F1 as the most experienced driver in the history of the sport, with this weekend’s event being his 353rd grand prix entry.

Alfa Romeo will also run a message for Antonio Giovinazzi, who departs the team after three seasons.

Giovinazzi’s message reads ‘Grazie di tutto, Antonio’. The Italian has already announced that he is joining Formula E next year.

Alfa Romeo added that the messages on the cars are just one of a number of tributes this weekend, with more to be revealed in the coming days.

The team will field Valtteri Bottas and rookie Guanyu Zhou in 2022.