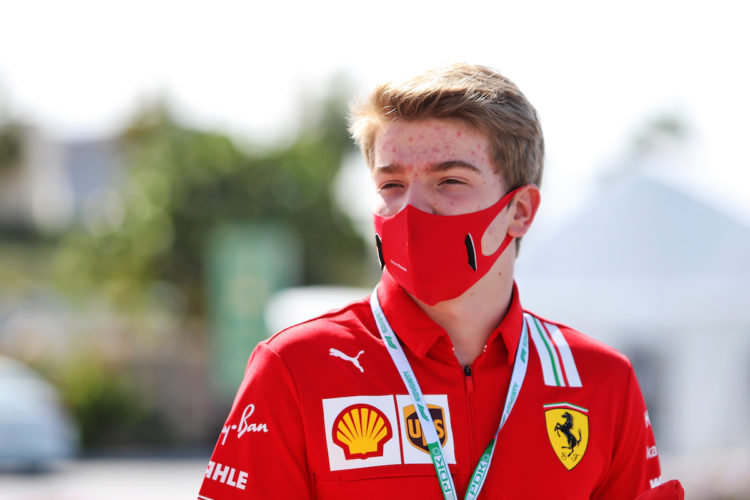 Robert Shwartzman will take part in the Formula 1 post-season test in Abu Dhabi with Ferrari, as well as Haas.

Haas confirmed last month that Shwartzman would drive its VF-21 at the Yas Marina Circuit during one of the two days allocated for testing.

The 22-year-old will gather further experience behind the wheel of an F1 car as Ferrari has confirmed that Shwartzman will spend the other day driving its SF21 challenger.

Shwartzman has driven at the post-season test with Ferrari before, driving the SF1000 at the 2019 event.

He has also jumped into a Ferrari on two occasions this year – January at Fiorano and September at Imola – however on both occasions, the 2018 SF71H car was used.

Ferrari says at next week’s test in Abu Dhabi, driving duties will be split between Shwartzman and the team’s simulator driver Antonio Fuoco.

“I am extremely happy to do another test with Scuderia Ferrari,” said Shwartzman. “It’s an honour to be able to drive this F1 car but also a big responsibility and I am therefore extremely grateful for the trust Ferrari has put in me.

“I will certainly try to enjoy it as much as possible while aiming to do a good job of acquiring data for the team.”

Shwartzman currently competes in the FIA Formula 2 Championship and sits second in the standings ahead of this weekend’s final round.