Verstappen ‘head and shoulders above rivals in 2021’ – Horner 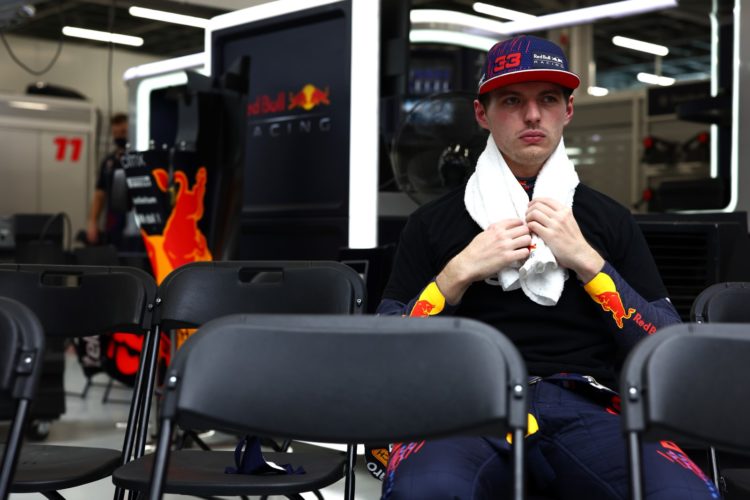 Red Bull Team Principal Christian Horner believes Max Verstappen has been “outstanding” through 2021 and believes his performances have been underappreciated.

Verstappen will head to the 2021 season finale level on points with title rival Lewis Hamilton but ahead on countback of having taken more victories.

Red Bull trails Mercedes in the Constructors’ Championship by 28 points.

The situation effectively sets up a winner takes all showdown in Abu Dhabi and Horner believes Verstappen has comfortably been the superior driver through 2021.

“Max is a fighter and if there’s a driver that deserves to win this world championship it’s Max Verstappen,” Horner told the F1 Nation podcast.

“Mercedes have had the better car; he [Verstappen] has driven outstandingly – look how close Valtteri [Bottas] has been to Lewis this year.

“Max has been head and shoulders for me the driver of the year and he would be very deserving to win his championship, the way he has driven this year, the way he has conducted himself, I think has been outstanding.”

Horner labelled Verstappen’s aborted final Q3 push lap as “the best lap we’ve ever had in one of our cars up until that corner” and added that “I don’t think people actually realise what Max is doing in that car.

“I don’t think people recognise that we haven’t had the best car all year, Max Verstappen has lifted this. I think he deserves all the credit.”

Horner pointed to Hamilton’s straight-line speed advantage as a potential performance influencer for the finale.

“Max would pull out half a second in Turn 13, and you can’t defend against that, it’s the most frustrating thing for a driver to be sitting with that kind of deficit.

“It has been frustrating the last 3-4 races, we’ve been watching that dominant straight line performance which you can’t do anything about.”