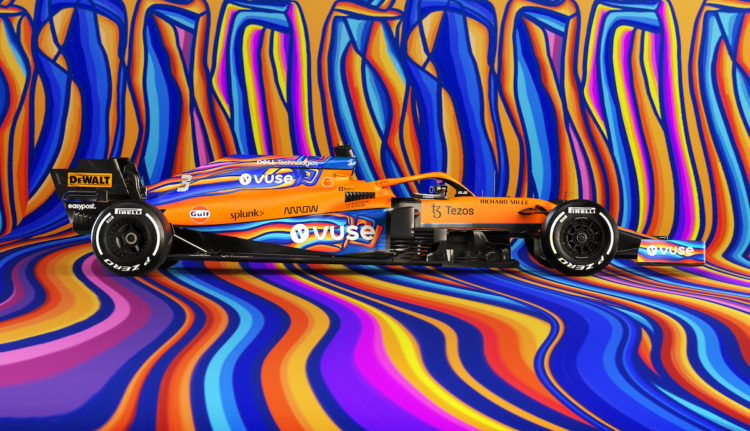 McLaren has unveiled a revised livery for this weekend’s Formula 1 season finale at the Abu Dhabi Grand Prix.

The livery is part of the Driven by Change campaign, to promote up-and-coming artists, run in conjunction with McLaren partner BAT’s Vuse brand.

It was designed by UAE-based artist Rabab Tantawy in collaboration with automotive media designer Davide Virdis.

It will run on the MCL35M race cars of Lando Norris and Daniel Ricciardo through the upcoming race weekend at the Yas Marina Circuit.

It is the second time McLaren has altered its livery in 2021 after using Gulf-themed colours at the Monaco Grand Prix in May.

McLaren enters the finale fourth in the Constructors’ Championship, 38.5 points behind Ferrari.