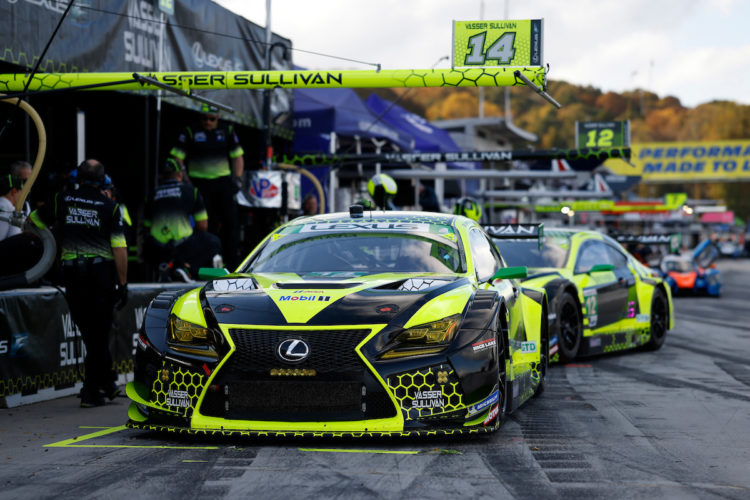 The 24-year-old Briton will partner with compatriot Jack Hawksworth aboard the #14 Lexus RC F GT3. Kyle Kirkwood will join the duo for the four endurance rounds alongside his commitments with AJ Foyt Racing in IndyCar.

Barnicoat recently ended a five-year stint as a factory GT driver with McLaren, during which he raced in the GT World Challenge, Intercontinental GT Challenge and one previous race in IMSA at last month’s Motul Petit Le Mans.

Hawksworth, meanwhile, is the most experienced driver in Lexus’ GTD Pro stable. The former IndyCar racer has driven the RC F GT3 in IMSA since 2017, including three seasons with what is now known as Vasser Sullivan.

Lexus is the second manufacturer to announce its GTD Pro line-up after Corvette Racing did so previously.

Vasser Sullivan will also continue to campaign one car in the GTD category. The driver line-up for that car is yet to be announced.