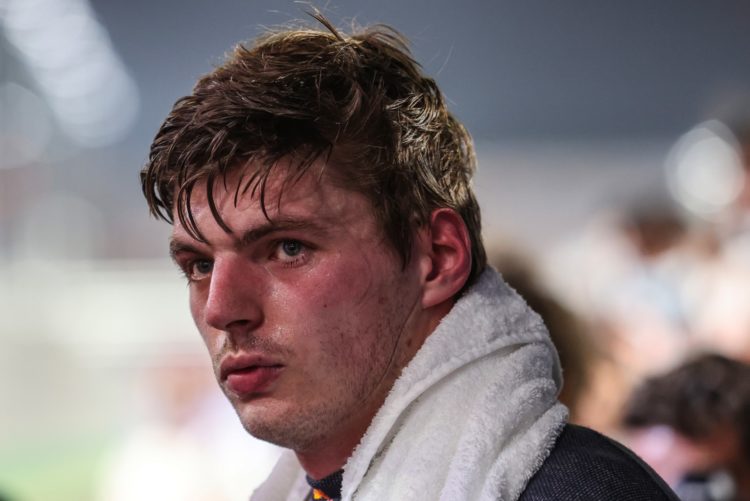 Max Verstappen says he “doesn’t understand why” Lewis Hamilton hit the back of his car during a controversial Saudi Arabian Grand Prix.

Verstappen backed off along the run to Turn 27, having been instructed to cede position after their Turn 1 battle, but the pursuing Hamilton also backed off.

Hamilton eventually struck the rear of Verstappen’s car though both were able to continue, with Hamilton going on to claim victory.

The incident is under review by the stewards after both were summoned.

“At one point they [the team] told me I had to give the position back so that was I think just before [Turn] 22 so then after [Turn] 22/23 I went to drive to the right side and I slowed down, I was braking, downshifting,” said Verstappen.

“And he just stayed super close behind me and I don’t really understand why, I was just trying to let him by and I’m just going slower and slower and pulling the downshift.

“We had a miscommunication and he ran into the back of me, that was it.”

Verstappen was ultimately handed a five-second time penalty for the Turn 1 incident and expressed frustration at that outcome.

“Of course he had the run, a bit like Brazil, and of course I braked late and I got a little bit off line at one point and had a moment and went wide but he didn’t also make the corner and we both basically missed the corner,” he said.

“I don’t think it’s fair to then just say that I get a penalty but yeah it is what it is.”

Verstappen added that “I don’t agree with all the decisions but I also don’t want to talk about it too much as I don’t think we need to talk about it, they don’t deserve any mentions.”