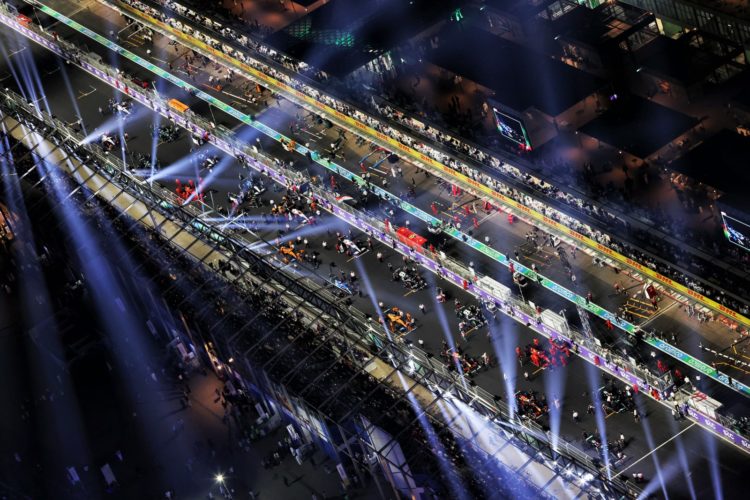 Formula 1’s Saudi Arabian Grand Prix has been halted after 13 of 50 laps following an accident for Mick Schumacher.

Schumacher, running in 18th position, lost control of his Haas VF-21 through Turn 22 and hit the barriers.

The Safety Car was deployed while Schumacher was able to walk away from the wreckage.

Race leader Lewis Hamilton, and second-placed Valtteri Bottas, both came into the pits to exchange Mediums for Hards.

Third-placed Max Verstappen remained on track and inherited the lead.

After three laps behind the Safety Car the race was red-flagged.

It means race leader Verstappen will be permitted a change of tyres as per the regulations.

Hamilton expressed his frustration in the immediate aftermath of the decision, questioning the call, and suggesting the barrier was fine.