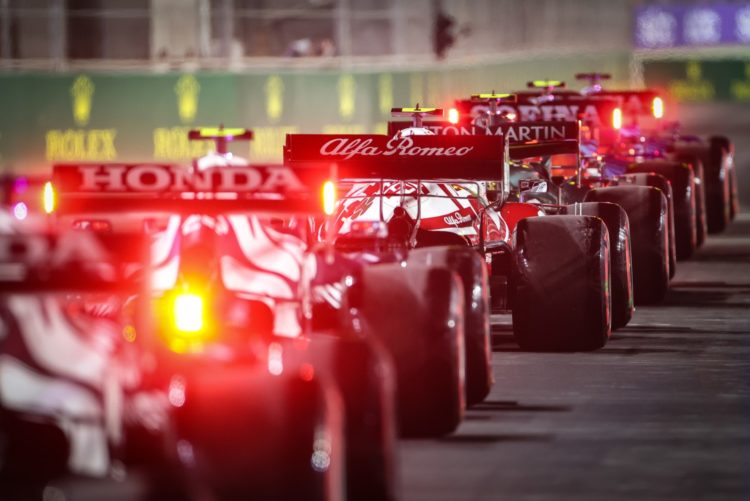 Formula 1 tyre supplier Pirelli has outlined that a one-stop strategy is likely to be favoured by teams at the inaugural Saudi Arabian Grand Prix.

Sunday’s night race at the wall-lined Jeddah Corniche Circuit is scheduled to take place across 50 laps.

Nine of the top 10 drivers – all bar McLaren’s Lando Norris, on Softs – are due to start the race on the Medium compound, after making it through Q2 on the yellow-banded compound.

The remainder of the field are permitted free choice of starting compound.

Pirelli has outlined that a Medium/Hard strategy is preferable and that there is a wide pit stop window.

A Soft/Hard strategy is also feasible while a two-stop strategy is expected to be “distinctly slower”, using all three compounds in a Medium/Hard/Soft approach.

“The Medium tyre was favoured by nearly everyone in Q2, with Lando Norris being the only driver to start on the Soft in the top 10,” said Pirelli chief Mario Isola.

“It’s going to be fascinating to see what he can do, surrounded by so many cars starting on Mediums.

“The two fastest strategies on paper are Medium to Hard or Soft to Hard, but the latter needs a bit more careful management.

“So we expect the majority of drivers to target a one-stopper but there are many unknown elements that could influence the strategy.”