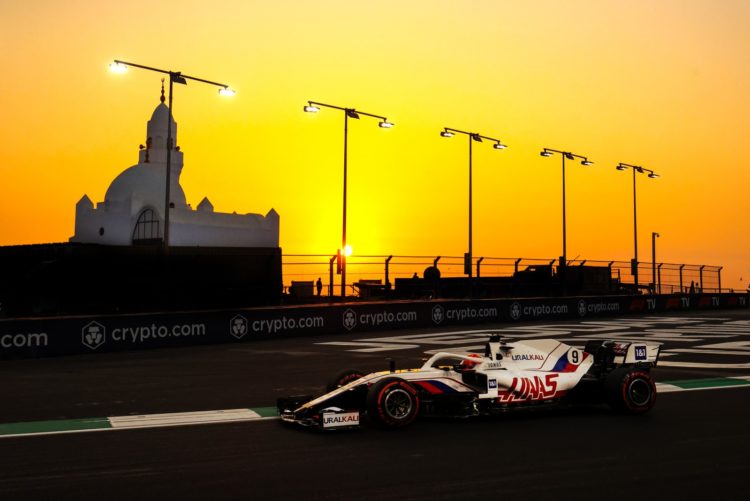 Nikita Mazepin expressed frustration after being denied a final push lap in Q1 due to becoming involved in the logjam of cars in the final sector.

Mazepin finished a second adrift of Haas team-mate Mick Schumacher in Q1 at the Saudi Arabian Grand Prix after not completing his final push lap.

Mazepin explained the situation and was irritated by the actions of some drivers.

“I was very concerned about my actions back in Bahrain, where I did a very similar thing as I would do in Formula 2, which would be taken without any criticism,” he said.

“I overtook some cars that were going very slow into the last corner because I felt like I needed to go and [having] been harshly told that this is not acceptable and this is not what you’re do in Formula 1 the one.

“Interestingly, 20 races later on, drivers who have been here over 10 years, most of them actually overtook me. I think it was a pack of four or five cars into the last corner about 150 metres before starting the lap.

“The rules are the same for everyone and I am new in this sport, so I’ll play along with what others are doing.

“But what I think is unacceptable is criticising the young generation and then later on, as the year goes on, really changing their approach slightly.

“Like I said, I need to learn and I need to analyse because what happened was very disappointing as I’ve been overtaken by [Sebastian] Vettel, I started up behind them and Max [Verstappen] and him both braked on the straight and I had to brake as well.

“If you lose one and a half seconds going into Turn 1 there’s no point to continue at the pace that we’re going.”

Mazepin also played down his near-miss with Hamilton during final practice, for which the Mercedes driver was reprimanded.

“I really like Lewis, and I really wish him all the best that I can in his title fight,” said Mazepin, who revealed Hamilton messaged an apology.

“And I wouldn’t want him to be penalised for something that was together with me. I’m in my first year in Formula 1, he was probably focusing on his adjusters and thinking how to find a bit of lap time for qualifying. So if the cost was for me not to complete one of my laps in FP3, so be it.”