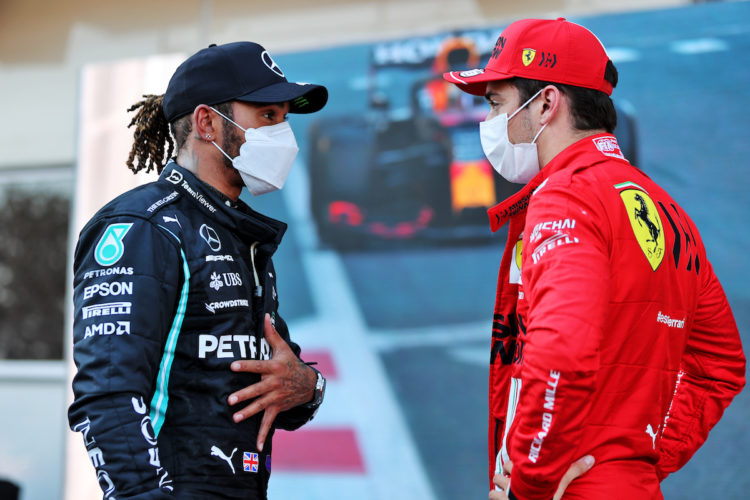 With two races remaining in the season, Verstappen leads Hamilton by eight points in the Drivers’ standings.

Verstappen has led the championship for much of the season, as he goes in search of his maiden F1 title.

However, momentum appears to be with Mercedes and Hamilton, who have won the last two grands prix in Brazil and Qatar.

Leclerc says that Hamilton’s storming drive in Brazil changed his mind over who will end up coming out on top, but asserts that it will be close.

“I keep changing my mind,” Leclerc said when asked who he thinks will win. “I was pretty sure Max will get it until Sao Paulo.

“Then after Brazil I changed a bit my mind. And now I think probably Lewis is on a good run.

“But it’s true Max has the points advantage which is what matters. So it’s going to be tight but, if anything, maybe Lewis.”

The battle between Hamilton and Verstappen has been one of the most intense squabbles the sport has seen in some time, with the duo coming together on several occasions this year.

Leclerc says that the fierce battle between the duo has no impact on his own season, but admits he is enjoying being a spectator.

“I don’t have anything in particular, it’s just very nice to see for the sport.,” Leclerc said.

“Also, I mean for myself I don’t see much of that battle because I’m racing at the same time of them, but it’s nice to see the title fight being so close.