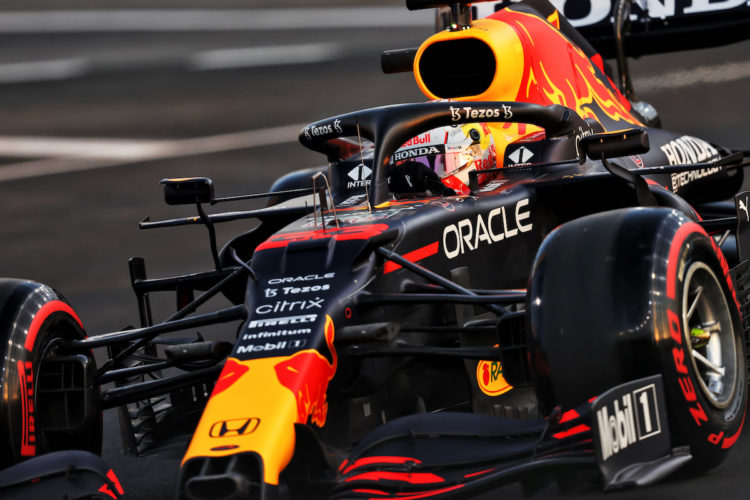 The Dutchman enters the penultimate round of the 2021 season in Saudi Arabia with an eight-point lead over Lewis Hamilton in the Drivers’ Championship.

Verstappen was notably fast in getting up to speed in Jeddah, as Formula 1 visits the Gulf region for the first time.

“He’s worked incredibly hard as have the whole team to get into this position, to be here, two races from the end,” Horner said.

“Just got to throw everything at it. This is Max’s kind of circuit – high-speed, walls, kerbs, so you could see he was down to a time quicker than anybody else. I spoke to him after the session and he’s certainly enjoying it.

“It’s going to be a fascinating competition. Qualifying is going to be crucial like all street circuits and then of course anything can happen in the race itself.”

With Verstappen and Hamilton duelling for the Drivers’ title, a similar fight is raging for Constructors glory.

Mercedes currently holds the advantage over Red Bull by a mere five points, leaving Horner to label the final two rounds of the year as “cup finals”.

“Everybody in the team knows their role and knows what they’ve got to do and the most important thing is to enjoy it,” Horner said.

“We’ve worked really hard to get into a position, we’ve had a wonderful, wonderful year, we’ve won a lot of races and finally, Mercedes have a competitor.

“I think everybody in the team just absolutely loves this fight so far. It’s like two cup finals so we’ve just got to do the best we can and hope we can come out on top.”