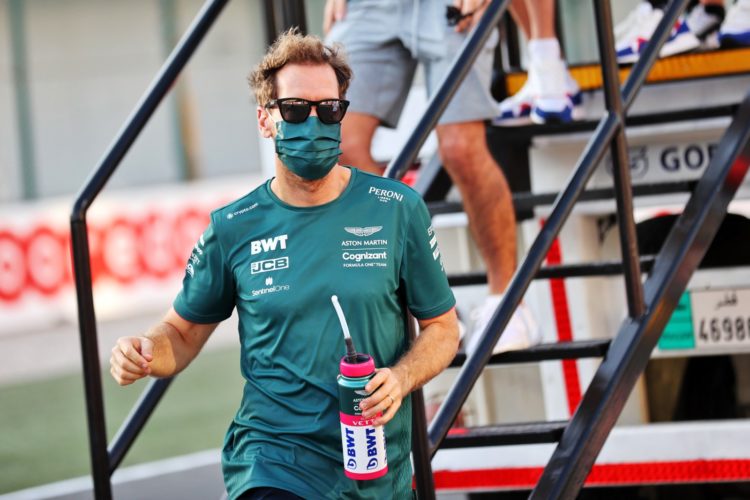 Sebastian Vettel has revealed that he arranged a karting event for a group of girls and women ahead of Formula 1’s inaugural Saudi Arabian Grand Prix.

Formula 1 is visiting Saudi Arabia for the first time this weekend and the country’s record on human rights and its treatment of some communities has come under scrutiny.

Vettel has previously spoken up on societal issues this year, most prominently in Hungary, where he wore clothing in support of the LGBTQ+ community.

Speaking during Thursday’s press conference at Jeddah, Vettel said: “Obviously there’s been a lot of talk and thought heading into the race here, the first time we race in Saudi Arabia.

“I was thinking of what I can do; we have so much attention or focus on negative examples when it comes to shortcomings of certain countries in regard to maybe human rights and other things.

“I really try and think of the positives so I set out my own karting event today under the hashtag ‘Race For Women’, and yeah we had I think a group of seven to eight girls and women on the track, and set up a nice event only for them.

“I was trying to pass on some of my experiences in life and on track to do something together to grow their confidence.”

Vettel expanded on the situation and explained that he was inspired by listening to their respective stories.

“Obviously in Saudi Arabia women have only been allowed since 2017 [ed: new guidelines were introduced in 2018] to drive a car so some of them had a license and others they did not,” he said.

“Some of them were huge F1 enthusiasts, others had nothing to do with F1 or racing before today, so it was a good mix of women from different backgrounds and a great event, everyone was extremely happy and I was extremely inspired by their stories and background, their positivity about the change in the country.

“It’s true if we look from a ‘western’ or European lens there’s still lots of things that should be improved and have to be addressed but it’s also true that some things are changing and for those people they make a huge difference.

“In the end it’s very difficult for us coming to a country where we spend maybe only a couple of days and trying to be a perfect judge by not knowing the background exactly and the people inside out.

“This way for me it was important to get to know some of these women and it was a very inspiring day and a great way to kick off the weekend, and that’s the main thing, focusing on the positive.”