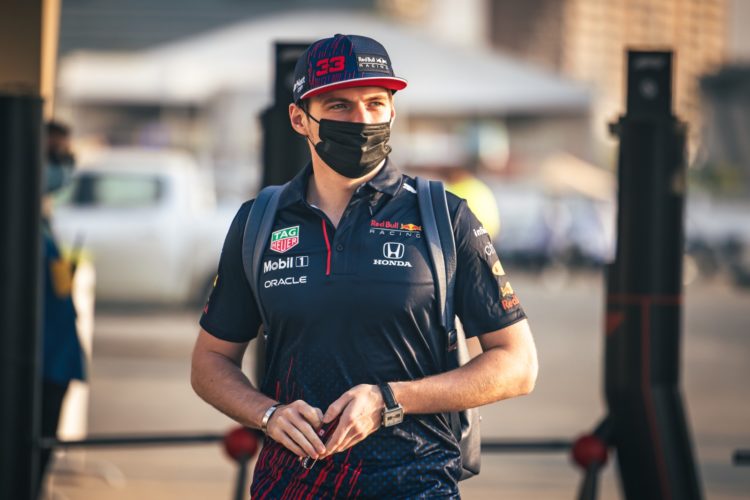 Max Verstappen says he will not change his approach despite having a first opportunity to clinch his maiden Formula 1 title in Saudi Arabia.

Verstappen holds an eight-point title advantage over Lewis Hamilton as Formula 1 prepares for its penultimate round of the season at the new-for-2021 Jeddah Corniche Circuit.

Should Verstappen outscore Hamilton by 18 or more points at Jeddah he would mathematically put the championship out of the Briton’s reach prior to the final event at Abu Dhabi’s Yas Marina.

But Verstappen emphasised that any notion of the title is not within his thought process.

“Like I’ve done the whole season, there’s no change in that,” he said on his approach.

“It’s a new track, first of all we need to learn the track and see how that goes in FP1. For the rest, I just focus on the weekend and try to be as competitive as I can be.”

Verstappen reiterated his belief that he and Red Bull can look back on 2021 positively irrespective of the final outcome.

“It’s been a great year for us, we’ve had a lot of good moments and it’s just more enjoyable,” he said.

“Last year was pretty boring for me, because basically all the time I was in third, I did another stop and I was still third, there wasn’t much happening for me. In a way it’s not how you like to race, but that sometimes happens when one team is very dominant.

“That’s why this year, we really turned it around well, we really improved the car. To be in this title fight to the end is very impressive from our side.

“Of course, I’ll try to enjoy the last two races, it doesn’t matter where we end up, we’ve had a really, really good season as a team.”