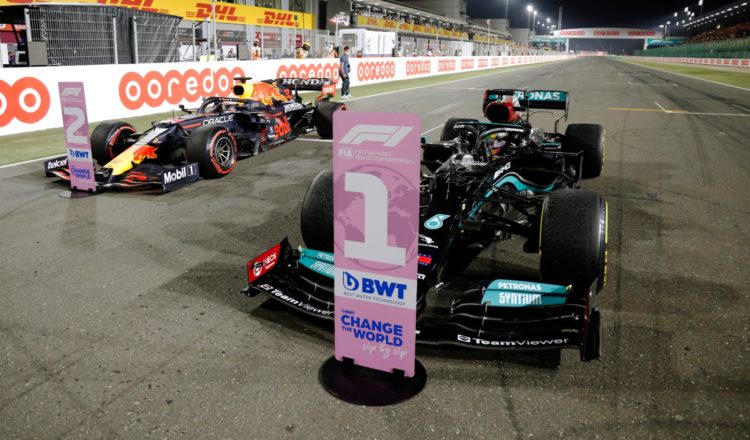 Mercedes Formula 1 chief Toto Wolff has warned championship rivals Red Bull that the Mercedes W12 is “probably in the best place it has been all season” following back-to-back wins for Lewis Hamilton.

Formula 1 heads into the Saudi Arabian Grand Prix weekend with a title fight that is on the edge, with Max Verstappen capable of wrapping things up one race early, though it would require something to go terribly wrong for Lewis Hamilton – check out all the scenarios here.

Despite Red Bull’s RB16B looking the better car for much of the season, only eight points separate Verstappen and Hamilton and with the momentum firmly in Mercedes court, Wolff remains confident things could swing in their favour heading into the final two races.

“Two races to go, and two Championships still to be decided,” said Wolff. “We are all excited to still be in the fight at this stage in the season, it’s a privilege and a testament to our resilience when we see where we stood in the early summer. Both titles are wide open, and our mission is clear.

“Last time out we saw a faultless drive by Lewis in Qatar, commanding the race from start to finish, and a strong recovery for Valtteri before the unfortunate puncture took him out of contention.

“The car has been performing well recently and is probably in the best place it has been all season, with the drivers confident to push it to the limit,” he added.

“That’s encouraging for the final races and gives us strong momentum to take forward.”

F1 heads to an entirely new venue and country, with the first ever Saudi Arabian GP at a fast, flowing street circuit on the Red Sea coast, which Red Bull believe will favour the W12, setting up for an ultimate showdown in Abu Dhabi a week later.

“Jeddah is another completely new challenge, an all-new track to get to grips with and a lot of work has gone on behind the scenes to ensure we hit the ground running on Friday, because getting as much information as we can during those initial sessions will be vital,” explained Wolff.

“We’re more motivated than ever and we expect to be in the hunt, so we are all looking forward to the debut grand prix in Saudi Arabia.”