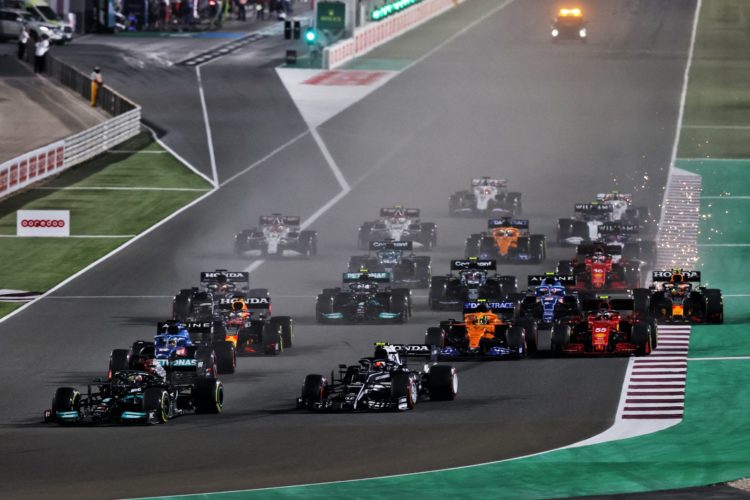 Formula 1’s Motorsports Director Ross Brawn says fans have welcomed the growth of the calendar but that there is a limit to the length of a season.

Formula 1’s schedule has gradually expanded in recent years, aside from the anomalous 2020 campaign, with a record-breaking 22 grands prix featuring in 2021.

That record is already set to be surpassed next year, with 23 events scheduled, while China – depending on the pandemic – and Qatar are both set to return in 2023.

As part of a compromise for an ever-expanding calendar grand prix weekends are set to be reduced from four to three days, with media activities and scrutineering shifted from Thursday to Friday morning, prior to practice in the afternoon.

Speaking at the RACER/EPARTRADE Online Race Industry Week webinar on Tuesday, Brawn said: “We are very fortunate in that we have got a lot of interest in promoters and countries having a grand prix.

“We’ve got some great races coming up, Saudi this year, we had a race in Qatar, they’re looking at what they do with the circuit for the future, next year we’ve got Miami of course.

“But there’s a very welcome upward pressure to have more and more races but there is a limit to what we can achieve, what we can have the teams do.

“What we’ve found is we’re not getting any saturation from the fans; from the bulk of the fans we’re getting no message that we’re having too many, they just want more, so we’re trying to find that balance.

“One of the things we wanted to do was take a bit of load off the teams because with a conventional weekend as we have now they often arrive on a Monday or a Tuesday to start preparing so if you finish a race you’re into the next one if it is a race on consecutive weekends.

“We’ve compressed the weekend so that practice is Friday afternoon, scrutineering takes place on a Friday morning.

“The teams that are willing to can cut down their programmes by a day and there will be curfews to stop them working excessive hours in the lead up to a race at the track, so it’s really just try and make the weekend more efficient and compress the weekend a little bit.”