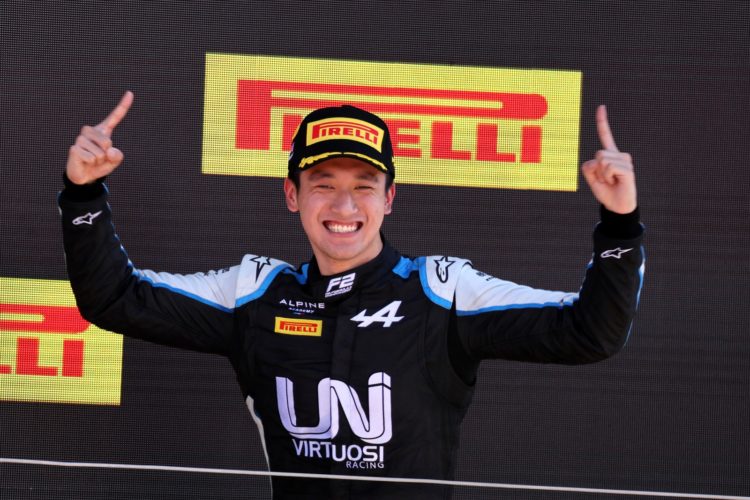 Alfa Romeo team boss Frederic Vasseur has accepted that Guanyu Zhou’s backing played a role in his recruitment for 2022 but believes the Chinese youngster is underestimated.

Zhou will become the first Chinese Formula 1 racer and is set to be the sole rookie on next year’s grid.

He currently holds second in the Formula 2 championship, behind fellow Alpine junior Oscar Piastri, ahead of the penultimate round of the campaign in Saudi Arabia this weekend.

“The first criteria is the performance of the team,” said Vasseur. “It means that to be performant you need to have good drivers, good technicians, good engineers, a good feeling from the drivers, and a good budget.

“It [Zhou’s budget] was a pillar of the decision for sure. I was always clear like this because we want to get the cost cap. It’s the best way for us to be performant. But it’s not the only one.

“I think Zhou, again, is doing a very good job in F2 and I think that everybody is underestimating the level of performance and the job done by Zhou this season.”

Zhou will not have a home event in 2022 but Formula 1 recently confirmed a three-year deal with event organisers in the country to compensate for the trio of cancelled races.

It raises the prospects of China returning to the schedule from 2023 but Vasseur stressed this will have no implication on Zhou’s long-term prospects at Alfa Romeo.

“Let’s do the first test session, let’s see what he will do next year, how we will move forward,” he said.