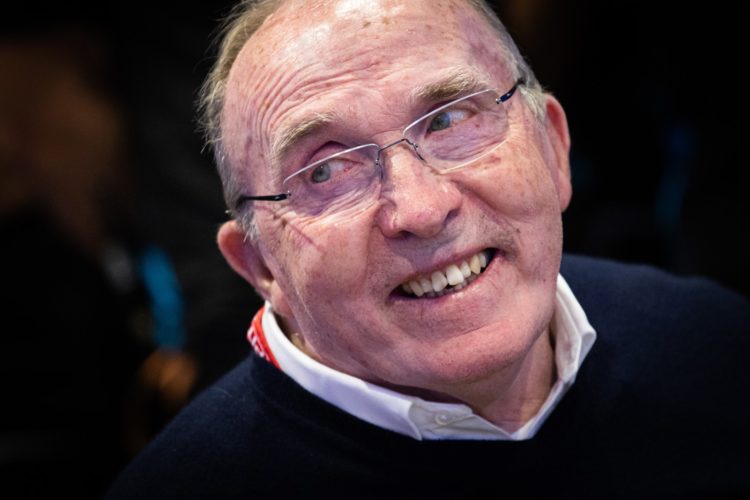 Sir Frank Williams, founder of the Williams Formula 1 team, has passed away at the age of 79.

Sir Frank was admitted to hospital earlier this week, before passing away on Sunday morning, surrounded by his family.

The current Williams team was founded by Sir Frank in 1977. In 1979, it finished second in the Constructors’ Standings, before achieving championship success the following year with Alan Jones.

In the decades that followed, Williams would become one of the most successful teams in the sport’s history.

In 2012, he stepped down from the board of Williams F1, but retained the role of team principal. However, his daughter Claire ran the day-to-day operations of the outfit.

Last year, the Williams family stepped away from running the squad, with US investment firm Dorilton Capital taking over the Grove-based team.

“The Williams Racing team is truly saddened by the passing of our founder Sir Frank Williams,” said Williams CEO Jost Capito. “Sir Frank was a legend and icon of our sport. His passing marks the end of an era for our team and for the sport of Formula 1.

“He was one of a kind and a true pioneer. Despite considerable adversity in his life, he led our team to 16 World Championships making us one of the most successful teams in the history of the sport.

“His values including integrity, teamwork and a fierce independence and determination, remain the core ethos of our team and are his legacy, as is the Williams family name under which we proudly race. Our thoughts are with the Williams family at this difficult time.”

Sir Frank is survived by his two sons Johnathon and Jamie and his daughter Claire. His wife Virginia, whom he married in 1967, passed away in 2013.