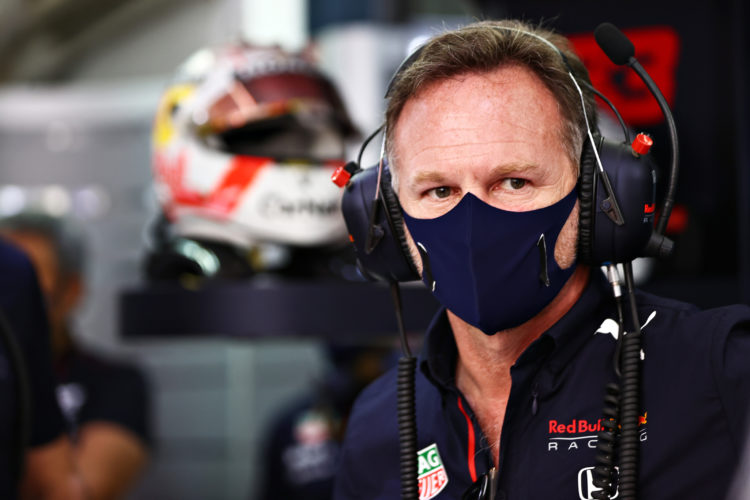 Red Bull team boss Christian Horner says he is “not an overly-emotional person” and denied feeling pressure in spite of comments made at Formula 1’s Qatar Grand Prix.

Horner was summoned to the stewards after a remark made during a pre-race interview following Max Verstappen’s grid penalty.

Stewards issued Horner with an official warning for referring to a “rogue marshal” as it breached Article 12 of the International Sporting Code in relation to the reputation of the FIA and its officials.

Horner apologised to the FIA, and to the marshal in question, and offered to participate in next year’s International Stewards Programme.

Speaking to the media afterwards Horner outlined that he “reassured [the stewards] that no offence was intended with the individual” and that “it was more frustration with the circumstance” of the situation.

But Horner stressed that he was not feeling the pressure of the situation, with Red Bull battling Mercedes for both world titles.

“Not at all, watch the interview,” he said on the pressure.

“I believe in my team, I’m a straight-talker. I’ve always conducted myself in that manner. I’m not an overly-emotional person, I don’t rant at cameras.

“I think the way I’ve conducted myself; I’ve got no issues with it; I’d do exactly the same.

“The only issue was regarding any marshal, if there was any personal offense taken for referencing a rogue yellow flag, it was not intended at any individual or marshal.

“I don’t know whether you heard the interview I gave; I didn’t feel it was unreasonable.”