Schumacher: Verstappen has ‘no chance’ of F1 title under normal circumstances 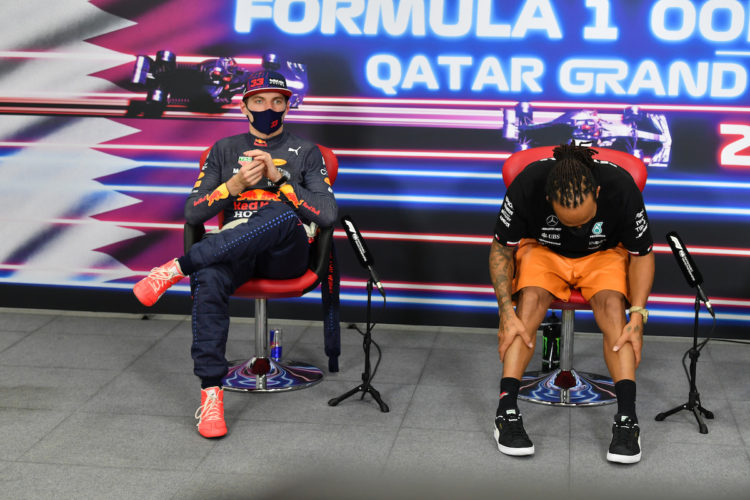 Ex-F1 driver Ralf Schumacher believes Max Verstappen has “no chance” of achieving his first world title this year without the intervention of abnormal circumstances.

Verstappen currently leads Lewis Hamilton in the Drivers’ standings by eight points with two races remaining in the campaign.

Mercedes has held the upper hand at the last two events, with Hamilton taking back-to-back victories, while Verstappen was forced to settle for second.

Schumacher believes that without an element of luck, Verstappen will miss out on his maiden title to Hamilton this year, who is chasing a record-breaking eighth.

“Max gives everything and shows how good he is. Under normal circumstances, however, he has no chance. Maybe he will have the luck that he has lacked so far.

“If he had that already at the beginning of the season, he might now be world champion.”

Red Bull has raised questions over Mercedes’ pace, pointing to “score marks” on the rear wing, which it believes is giving it a significant speed advantage.

Mercedes has asserted that its car is fully compliant with the regulations, and Schumacher says that the Brackley-based squad, who has dominated F1’s turbo-hybrid era, has no reason to cheat.

“We have seen again here [in Qatar] that Mercedes is fast enough and does not have to cheat,” Schumacher added.

“I do not assume that any team wilfully disregard the rules. If you go close to the limit, something can always go wrong and you get into grey areas.”

While Verstappen currently heads Mercedes in the Drivers’ Championship, Mercedes holds the advantage in the Constructors’ standings.