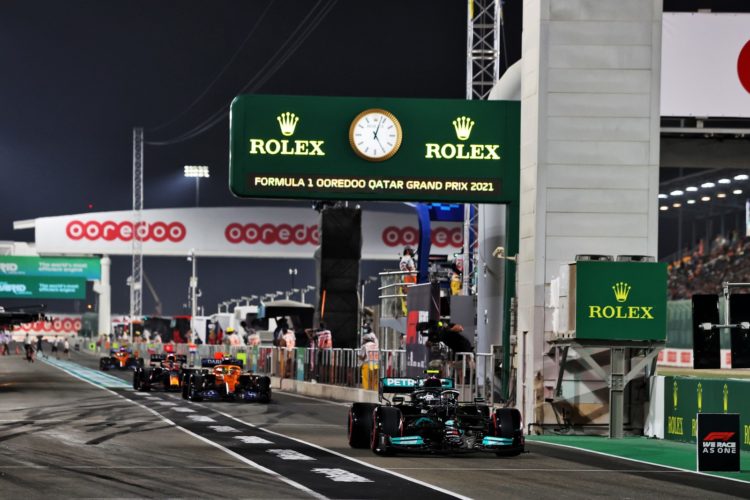 Formula 1 tyre supplier Pirelli says teams are unlikely to be able to stop just once at the Qatar Grand Prix due to the high-energy nature of the circuit.

Pirelli has brought its hardest compound tyres to Losail in order to deal with the demands of the circuit.

Losail features several medium- and high-speed corners, most prominently in the final sector, where there was a sequence of turns taken at full throttle during qualifying.

Pirelli expects a two-stop Medium-Hard-Medium strategy to be favoured but outlined that various combinations of compounds can be used.

It has outlined that it doubts a one-stop strategy is feasible due to expected wear.

Both Mercedes drivers, Max Verstappen and Carlos Sainz will start on the Mediums while the remainder of the top 10 will use Softs for the first stint.

The rest of the field will have free choice of starting compound.

“With just short stints in qualifying, and FP3 taking place in the heat of the day (with a focus on qualifying) the teams can only rely on FP2 for relevant long-run information, which is crucial when it comes to formulating the strategy,” said Pirelli chief Mario Isola.

“Under these challenging circumstances they will want to keep their options as open as possible, which is why the championship contenders chose to start on the Medium tyre.

“However, as Q2 showed, it wasn’t easy to get through the session on the medium, so we’re set for an interesting mix of strategies with many factors still relatively unknown.”