Gasly slides from front row to 11th in ‘shocking’ race 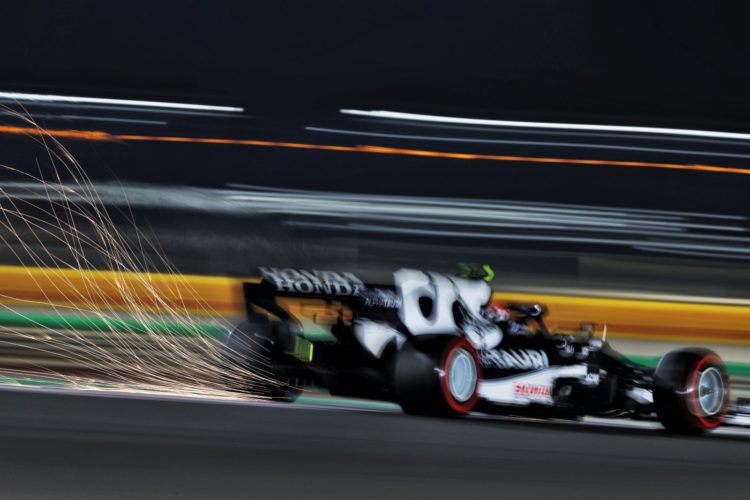 Pierre Gasly described AlphaTauri’s pace as “shocking” after he tumbled outside of the points despite starting from the front row in Qatar.

Gasly was promoted from fourth to second prior to the start of the race in the wake of grid penalties for Max Verstappen and Valtteri Bottas.

Gasly was overhauled by Fernando Alonso on the opening lap and was swiftly passed by the recovering Verstappen, and continued to slide down the order.

He ran a two-stop strategy and eventually came home in 11th place.

AlphaTauri team-mate also regressed in the race as he converted eighth on the grid to 13th at the finish.

“It was very frustrating,” said Gasly. “Our pace was shocking basically, we don’t really have the answer, we tried to stick with Fernando with the first few laps, I could barely make it.

“After that we tried to go for an aggressive two-stop strategy but the pace was never there, it was shocking, I tried to push as hard as I could in the car but even with fresher tyres than Fernando I was miles away when he was on used tyres.

“We had a couple of miracles on the last few weekends and we can’t do it every weekend but definitely today I don’t understand how both cars can qualify like that in the top 10 and having good pace and both go backwards during the entire race and just not showing any signs of speed, that’s the main things.

“Obviously it’s very frustrating when you see where the Alpines finished but at the end of the day they did a much better job than we did, we can just congratulate them.”

Gasly downplayed the impact of deciding to run a two-stop strategy.

“Today was anything, could have done five stops, three, two, one doesn’t matter, just a question of pace, just too slow, even behind Seb [Vettel] I couldn’t pass him, didn’t have the pace, very frustrating.”