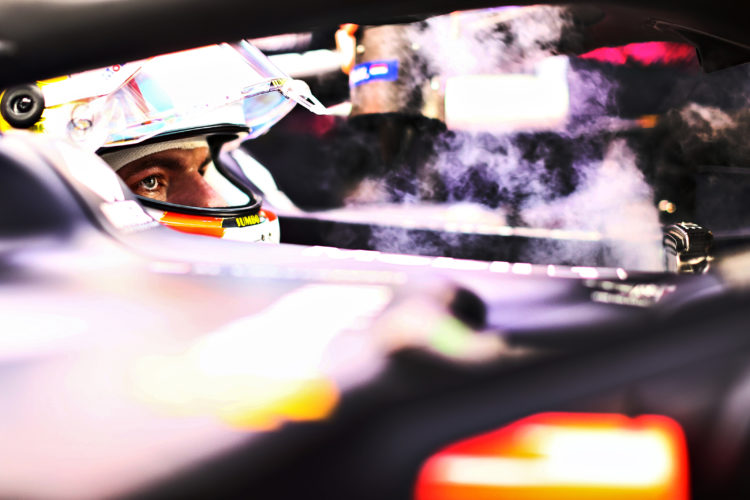 DOHA, QATAR - NOVEMBER 20: Max Verstappen of Netherlands and Red Bull Racing prepares to drive in the garage during qualifying ahead of the F1 Grand Prix of Qatar at Losail International Circuit on November 20, 2021 in Doha, Qatar. (Photo by Mark Thompson/Getty Images) // Getty Images / Red Bull Content Pool // SI202111200380 // Usage for editorial use only //

Max Verstappen has been handed a five-place grid penalty for failing to adhere to yellow flags during qualifying for Formula 1’s Qatar Grand Prix.

AlphaTauri driver Pierre Gasly came to a halt off-line along the pit straight in the wake of damaging his front wing and front-right tyre when he clouted the Turn 15 exit kerb.

Verstappen continued on his final Q3 push lap and went past the stricken Gasly.

Double waved yellow flags were being waved by trackside though yellow flag notifications were not displayed on Verstappen’s steering wheel.

Verstappen was subsequently summoned to meet stewards on Sunday afternoon at Losail and handed a grid penalty.

It means he is set to start from seventh position.

Verstappen’s sanction, along with a demotion for Valtteri Bottas, means Gasly will start from the front row of the grid.