Bottas had no warning prior to Qatar GP puncture 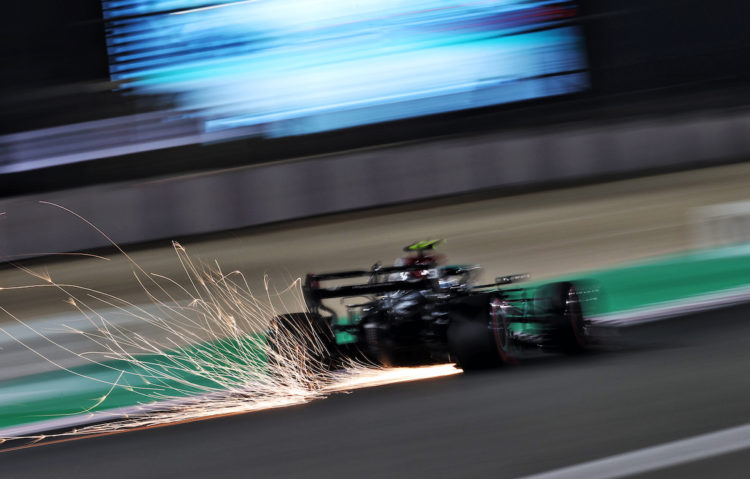 Mercedes’ Valtteri Bottas says he had no warning prior to his puncture on lap 33 of the Qatar Grand Prix.

Bottas was yet to make his first pit stop of the race when his front-left tyre suffered a sudden delamination.

The Finn made it back to the pit lane, however he eventually retired from the race, marking his fourth DNF result of the 2021 season.

“I don’t really know what happened, there was no warning, no vibration, the pace was still consistent, grip was still OK and it just happened,” Bottas said.

“Initially I thought it was the wind getting stronger down the pits straight, because I felt the car was getting a bit sideways, but then I got the puncture in the first corner and, obviously, it was in the most unlucky point, just after the pit exit.

Asked why Mercedes opted to retire the car, Bottas said: “I think it was just too broke, too damaged, we didn’t want to break it more.

“We saw there was no chance to get to the points, so we saved a bit of mileage on the engine too.”

Bottas said that he was “about three laps” away from being called into the pit lane to change tyres, and thinks it potentially cost him a chance of finishing third in the race.

“I was getting some DRS but also traffic, but I should have come out just 5 seconds behind [Sergio Perez] but on much fresher tyres.”

Bottas was one of four drivers to sustain a puncture during the race as George Russell, Nicholas Latifi and Lando Norris also ran into issues.