Leclerc has ‘no explanation’ for Qatar Q2 exit 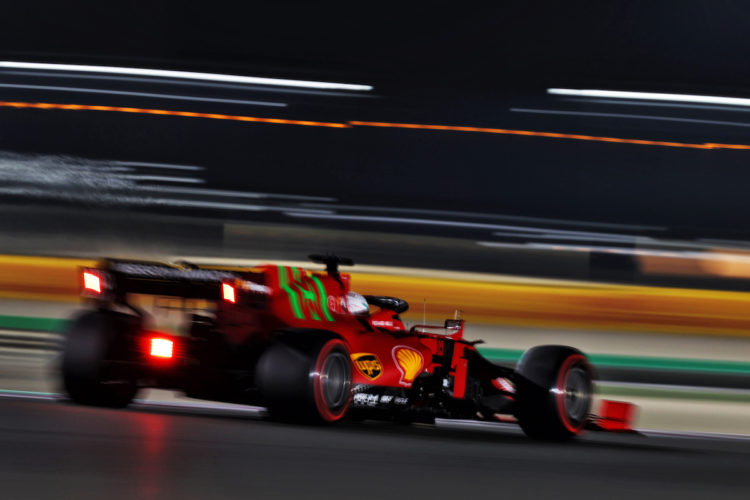 Ferrari’s Charles Leclerc says he doesn’t have an explanation for his surprise early exit during qualifying at the Qatar Grand Prix.

The Monagasque driver ended Q2 in 13th, meaning he did not advance into the top ten shoot-out for only the third time this year.

It marked his lowest qualifying result of 2021 bar Russia, where he took on a fresh engine and consequently, a grid penalty.

“It was just slow all qualifying, we need to understand what’s gone wrong, I don’t have any explanation to be honest for now.

“It was a strange quali for sure, I am not in the right group, yeah I never felt that I put the tyres in the right window.

“I just slid around, just being limited by grip, not by mistakes or an axle in particular, no balance problems, just grip, I didn’t have enough grip.”

While Leclerc failed to make it into the top ten, team-mate Carlos Sainz advanced on the Medium compound and ended Q3 in seventh place.

“What we did today was a strong qualifying, we put together some strong laps when it mattered,” the Spaniard said.

“A lot of suffering because of the tyre situation. If we went with the Soft [in Q2], it would have been an easy pass to Q3. On the Medium, it was very tight.

“In the end, we managed it. We start with a different strategy to the others.

“We have a bit of an offset with tyre wear, which is why we are protecting ourselves with the Medium for tomorrow. But it could be a long race so we will try and keep performance at a high level.”