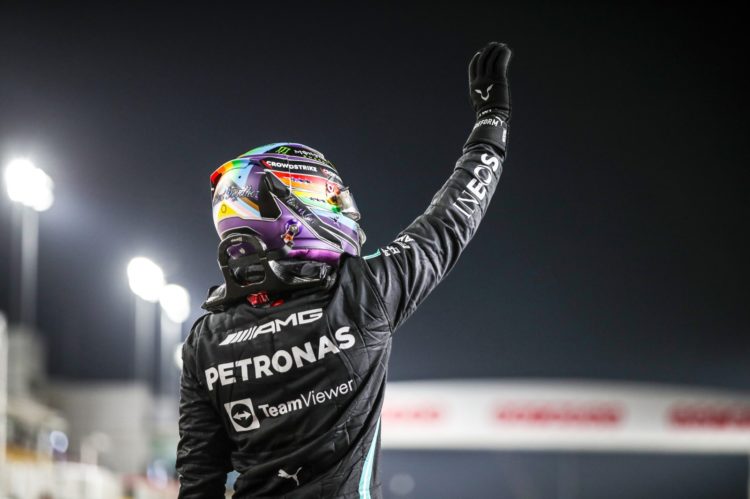 Hamilton was quickest during qualifying in Brazil last weekend, with an advantage of four-tenths of a second, but was subsequently stripped of pole position due to a DRS irregularity.

“Probably the last three races in qualifying we’ve been ahead of them which has been a bit of a surprise and today, definitely, wasn’t expecting to have as big a gap as that,” said Hamilton.

“I was relatively comfortable with around a tenth or so ahead through most of the session but to pull out that extra bit of time, that felt great and it’s a great showing of the hard work of all the guys.

“I didn’t know I was going to gain as much time as I did on that last lap. Normally it’s a bit of a struggle with the second run in Q3 but the last couple of races I’ve managed to put a nice clean lap together.

“We were here until midnight last night. The guys were here probably even later than that but yeah, really great work from everyone.”

Hamilton’s lap means he has scored pole position at 31 of the 35 circuits he has competed at in Formula 1 and he revelled in the nature of the high-speed Losail track.

“Once you get through Turn 1 the downforce is amazing around the track and obviously, it’s such high-speed,” he said.

“There’s only one relatively slower corner which is Turn 6 but otherwise, it’s all medium or high speed.

“It’s about getting the flow, using all of the track. It was really beautiful out there today, especially under the night lights.”