Ferrari reveals Leclerc had a cracked chassis during qualifying 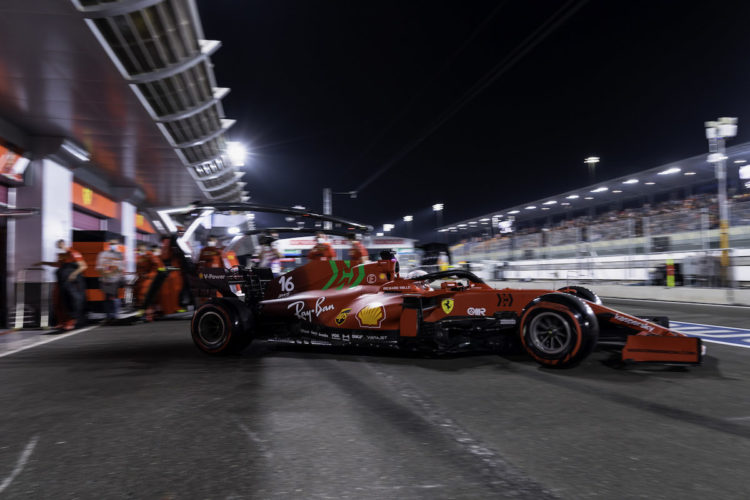 Ferrari has discovered that Charles Leclerc was running with a cracked chassis throughout qualifying for the Qatar Grand Prix.

The Monegasque driver dropped out of Q2 in Saturday’s qualifying session and was bewildered over his lack of pace.

Leclerc stated he had “no explanation” for his slow lap times, which resulted in his second Q2 exit of the 2021 campaign.

However, Ferrari has revealed that Leclerc sustained the chassis damage during Q1 after running over a kerb.

The team is working to replace the chassis, which if done in the allowed time frame, will allow Leclerc to retain his 13th place starting position.

The kerbs have caused trouble for drivers all weekend, most notably in Q3, when Pierre Gasly’s front wing was ripped away from his car during his final hot lap.