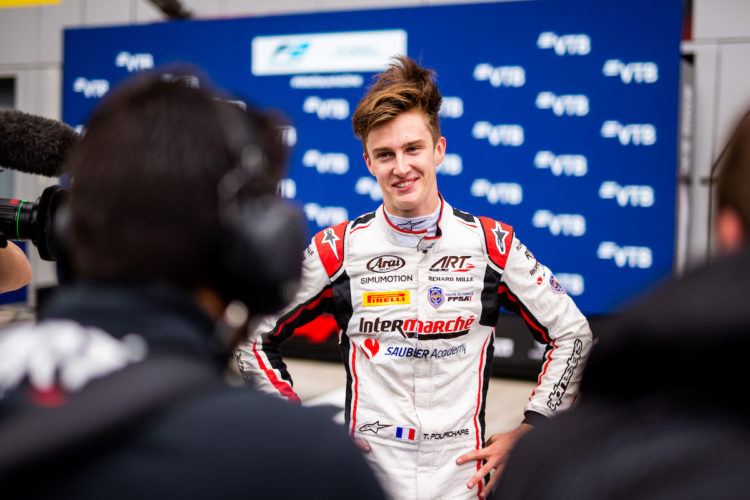 Theo Pourchaire is set to remain in Formula 2 next year after missing out on a 2022 Formula 1 drive at Alfa Romeo.

The Hinwil-based squad announced earlier this week that Guanyu Zhou will partner Valtteri Bottas at the team next season.

Pourchaire, who is part of the Sauber Junior Team, is currently racing in F2, sitting fifth in the standings with two rounds remaining.

The feeder series will be his main focus once again next year, however he is also set to be handed F1 free practice outings during the campaign.

“Theo will stay in F2, we had a long discussion the last couple of weeks,” said Alfa Romeo team principal Frederic Vasseur.

“He did a fantastic season in F2 for the first [season], but we also have to keep in mind that 18 months ago, he was in F4.

“The step between F4 and F3 was huge and he did well in F3. The same for the F2, he won this season in Monaco.”

While Vasseur acknowledged that Pourchaire has had an impressive junior career, he is wary of promoting the 18-year-old to F1 too soon.

“The car is so complex, we have just six test days before the season. It means it would’ve been too risky, too challenging to do the steps now.

“It’s much better to be focused on the championship in F2 next year and we’ll see in the future.

“Theo will for sure do some FP1s [in 2022], do some test days to try and prepare him for the future.