Mercedes denies it has ‘score marks’ on F1 rear wing 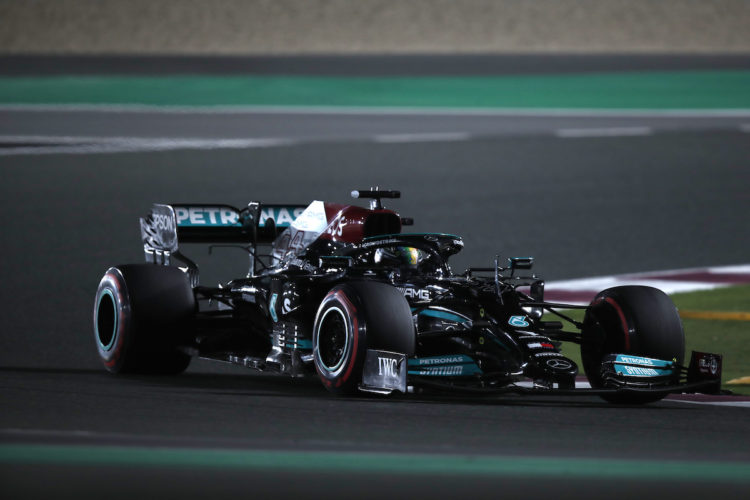 Mercedes has denied that it has “score marks” on its rear wing following accusations from Red Bull.

Red Bull has threatened to protest Mercedes’ rear wing after its impressive straight-line performance in Mexico and Brazil.

Following qualifying in Sao Paulo last weekend, Max Verstappen was spotted analysing the rear wing, and was fined for touching the element.

However, Mercedes has brushed off Red Bull accusations regarding the W12’s legality, with head of trackside engineering Andrew Shovlin asserting there are no illegal performance-related marks on the rear wing.

“Well we’ve had a look at it, and there are no score marks. So we’re not quite sure what that is,” Shovlin told Sky F1.

“But it seems to be a bit of a story that’s not going away. From our point of view, we’re absolutely happy with what we’ve got on the car.

“We’ve invited the FIA to look at it as much as they want, and they don’t have any issue with what we’ve got. We go to every circuit, we look at what the fastest wing we have is, and that’s the one that we’ll bolt to the car. And that’s what we’ll keep doing.”

Mercedes and Red Bull are currently tangled in a tense championship battle, with little splitting the parties in the Drivers’ and Constructors’ standings.

However, Shovlin says the off-track political aspect of the fight will not distract Mercedes at the final three rounds of the year.

“There are a few sort of mortar shells going across in both directions, probably,” Shovlin said. “But you know, the team has really come together.

“What was encouraging to see was, with a weekend like we just had in Brazil, with so much distraction in so many different areas, whether it was with the team or with Lewis, it was just heads down and get on with the job.

“We’ve shown the car has the pace to do that. I think Brazil was fantastic for our confidence that we can bring both these championships home. But it’s an amazing place at the moment. It’s just everyone’s working so hard to deliver that.”