Hamilton: Wolff’s garage outburst in Brazil was ‘so good’ 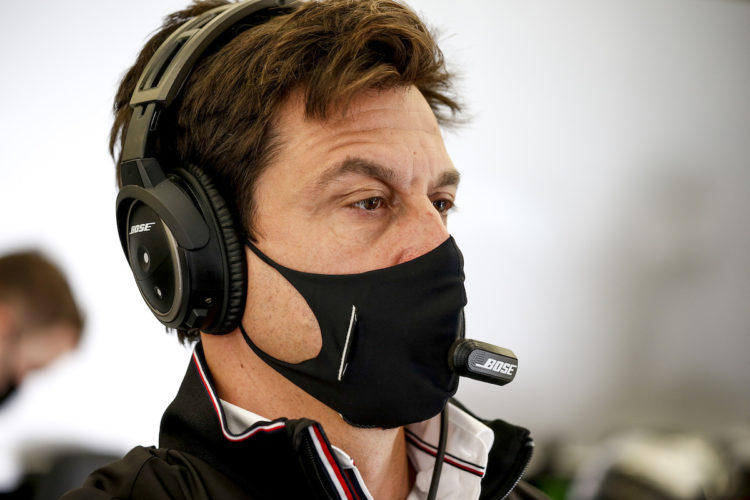 Lewis Hamilton says Mercedes boss Toto Wolff’s emotional response to his overtake on Max Verstappen in Brazil was “so good”.

Wolff was spotted clapping and pointing at the camera after Hamilton took the lead of the Sao Paulo Grand Prix away from Verstappen.

The Austrian later explained that it was “just a friendly hello to the race director” after the stewards opted not to investigate an earlier incident between Verstappen and Hamilton, in which the former appeared to push his rival of the circuit.

Hamilton has praised Wolff’s competitive edge, stating its powerful effect is felt through the Mercedes team.

“I love seeing Toto’s fighting spirit, it makes me so happy,” Hamilton said. “There’s a shot from the last race and it just made me laugh inside, it was so good.

“If Toto just cared less and was just chill, it just wouldn’t be… That fire and passion is just part of our infrastructure and ecosystem.

“It trickles down from him, he is the leader of the team. And you want that from your boss, someone who is out there, pushing and chasing every millisecond with you along the way.

“I love that he stands for what he thinks is right. We’ve grown hugely closer together over these years, as we will continue to do.”

Following his victory in Brazil, Hamilton currently trails Verstappen by 14 points in the Drivers’ Championship, with three races remaining in the 2021 campaign.

The duo have clashed on a number of occasions this year – but Hamilton doesn’t believe that any tensions on or off the track will spoil the title fight.

“It’s what sport is, right? It’s intense, the battle on and off track,” Hamilton said. “I hope not.

“I think there’s no reason, as men, it can’t be discussed and figured out. I think it is definitely important that we remain respectful of each other, on and off track.”