Gasly realistic but hails ‘best Friday of the season’ 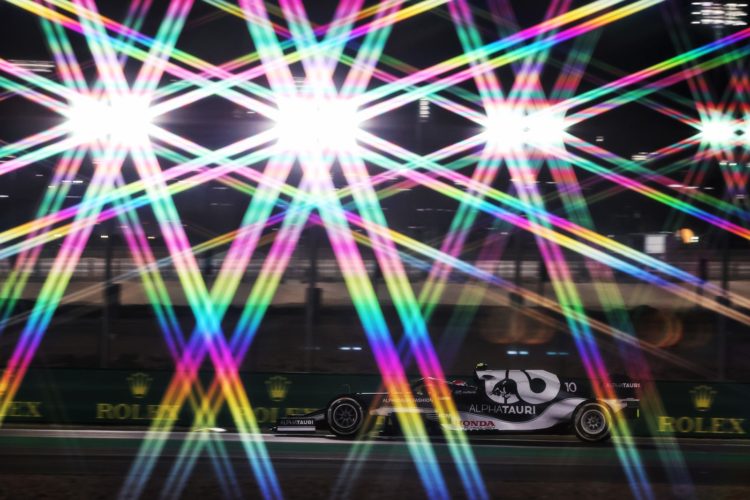 Gasly was second-fastest in both practice sessions on Friday as drivers got up to speed at Losail.

His best time in the more representative second session was just 0.209s behind pacesetter Valtteri Bottas as he finished ahead of title contenders Max Verstappen and Lewis Hamilton.

“It’s been a very good Friday, the best of the season so far I’d say,” said Gasly.

“Inside of the car it doesn’t feel that easy, but the lap times are looking really good. I think in terms of balance we can do even better for tomorrow, so we’ll try and work on that tonight.

“Our target is of course to be as far up the grid as possible but we’re obviously realistic, we’re looking very competitive at the moment, so we’ll hope to be up there with McLaren and Ferrari again in qualifying.”

Gasly’s strong pace was reinforced by the presence of rookie team-mate Yuki Tsunoda inside the top 10.

Tsunoda, who has regularly been towards the lower end of the midfield in 2021, was fifth in the opening session and seventh in the evening running.

“It was good out there today, with the car looking quite strong so far,” he said.

“The car performed well on the Mediums but I struggled a bit more on the Soft tyre, so we have some work to do tonight to try and improve in this area.

“Overall, I think it’s been a good day, we’ve just got to put it all together when it counts.

“Overtaking looks like it’ll be quite difficult here, so it’s going to be important to get a good starting position for the race, then we can be in a good place to score points.”