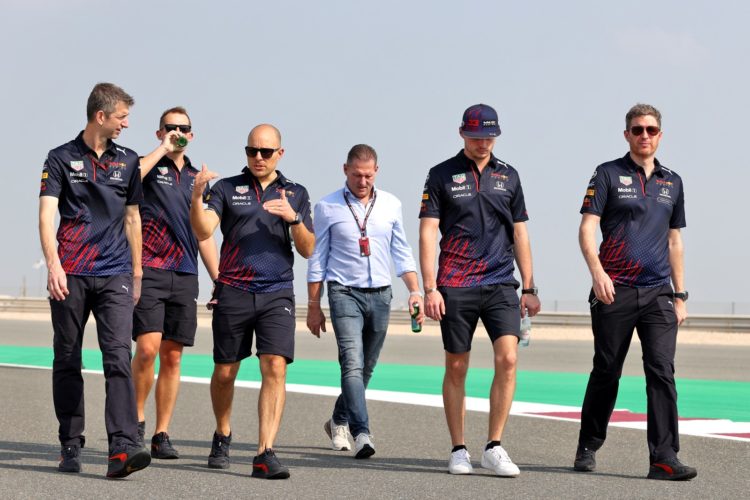 Max Verstappen says he is fully focused on his preparations for this weekend’s Qatar Grand Prix amid Mercedes’ impending right to review hearing.

Mercedes lodged a request for a right to review regarding the incident between Verstappen and title rival Lewis Hamilton in Brazil.

The incident, in which the pair battled for the lead, was only noted and not investigated but Mercedes submitted a right to review in the wake of Verstappen’s front-facing onboard being released.

A virtual hearing is being held today (Thursday) at Losail in order to determine whether to proceed with the right to review.

Verstappen, speaking during the pre-event press conference, downplayed the situation.

“No, not really surprised by that,” he said of Mercedes’ request. “But that’s how it goes

“I didn’t need to look at the footage because I was driving the car so I know exactly what happened!

“As a driver I think we know exactly what we can and cannot do in the car. We were fighting hard, braking late into the corner, the tyres were worn, and if I would have turned more abrupt to the left you’d just spin off track. So that’s why we are the drivers, so we try to control the car.

When it was suggested that the 2021 title fight could turn ugly off-track Verstappen replied: “To be honest I don’t think about it too much because it’s also not in my hands these kinds of things. I’m the driver, I just need to focus on what’s happening on track.”