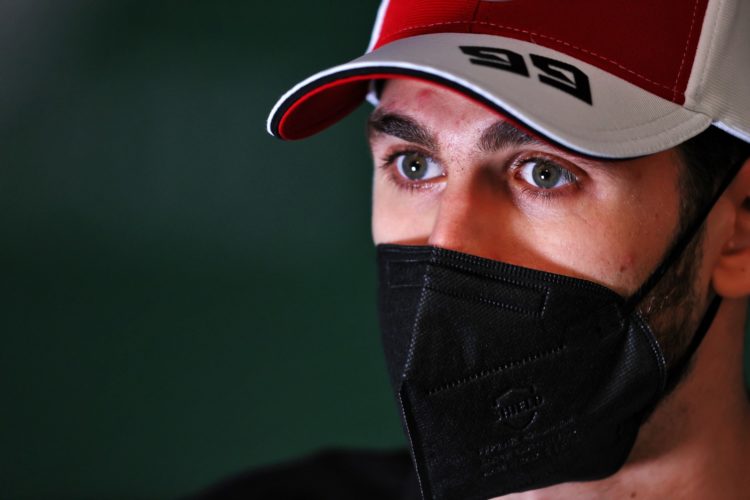 Antonio Giovinazzi says he is in discussions to retain his role as Ferrari’s reserve driver once he relinquishes a full-time Formula 1 seat.

Giovinazzi has been Ferrari’s back-up driver since 2017, testing for the team on a handful of occasions, but has held a race seat at Alfa Romeo for the last three years.

It was confirmed on Tuesday that Giovinazzi will depart his race seat at the end of the season to make way for Guanyu Zhou.

Giovinazzi will instead race in Formula E for Dragon/Penske Autosport but is eyeing a continuation of his Ferrari reserve role to remain in consideration in Formula 1 for 2023.

“In the end I’m happy with myself to be honest during these last three years I improved myself all the time,” he said.

“For sure some things could be better, some things were good, I’m happy with myself, nothing I can do more.

“Every time you [the media] asked me about my future I always said it was not in my hand and it was like this, so in the end this was the decision, and now I’m focused for the next step which will be FE next year and I’m really excited about next year.

“I’m still a Ferrari driver now and we are discussing also about next year.

“For sure it is one of my targets to stay here and see what will happen for 2023, still ongoing discussions, but we will try our best.”

Kimi Räikkönen, who has been Giovinazzi’s team-mate throughout his three-year stint at Alfa Romeo, sympathised with the Italian’s plight.

“Obviously it’s a shame for him, he’s a very nice guy, we’ve known each for quite a while, since the Ferrari days, already,” said Raikkonen.

“But, you know, that’s how sometimes it goes. Hopefully, he found something good to do and, hopefully, one day, he has another chance in Formula 1.”