Palmer: Stewards were thinking of Canada ’19 in Verstappen/Hamilton incident 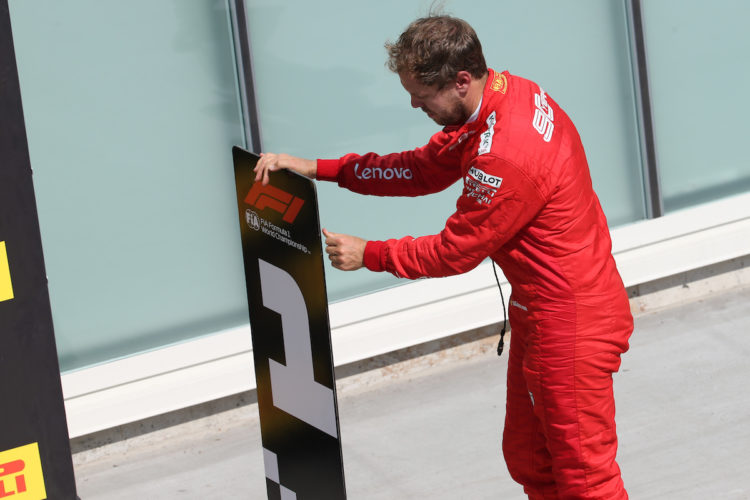 Ex-F1 driver Jolyon Palmer believes the stewards were thinking of the fallout from the 2019 Canadian Grand Prix when judging the incident that occurred between Max Verstappen and Lewis Hamilton last weekend in Brazil.

The duo were fighting for the lead of the race and when side by side through Turn 4 – however, Verstappen pushed Hamilton wide off the circuit in his attempt to stay ahead.

The stewards noted the incident, but opted not to investigate it. Hamilton went on to take the win, with Verstappen following him home in second.

Two years ago in Montreal, Sebastian Vettel lost a victory after he was deemed to have pushed Hamilton wide, following a mistake at Turn 3 at the Circuit Gilles Villeneuve.

Palmer says the outrage that Vettel’s five-second time penalty caused played on the minds of the stewards last Sunday.

“You couldn’t get a more obvious case of forcing another driver off the track if you tried,” Palmer told the Chequered Flag podcast.

“I don’t know how you could make it clearer and yet there was no investigation.

“I think [with] the stewards, it all comes back to that Canada 2019 Vettel penalty and it ruined the race for everyone watching it.

“We didn’t get that here and we had a great spectacle, but if Hamilton hadn’t have won the race on track I think it would be a bit of an outrage.”

With little separating the drivers in the standings and very few races left in the season, Palmer admits he understands Verstappen’s aggressive defence.

“I can understand why he did it because it’s an all or nothing, chuck it in and just see what happens. If he doesn’t do it he’s lost the place, so he might as well try,” Palmer said.

“But it can’t be fine to do that, to drive your rival off the road and to be so far off the road yourself in doing it. It’s quite clearly forcing another driver off the track.

“If Verstappen stays on the track but forces Hamilton off, you are talking about forcing a driver off the road. Is it okay? That’s a grey area.

“But I don’t see how there is a grey area in this. Verstappen was so late on the brakes, scythed his way down the inside, Hamilton slowed down enough to make the corner but there’s nowhere he can go and Verstappen has just flung himself so far off the corner anyway just to keep Hamilton behind.”

On Tuesday, Mercedes confirmed it had requested a right of review in relation to the incident last Sunday.