Ferrari buoyed by momentum for 2022 after recent results 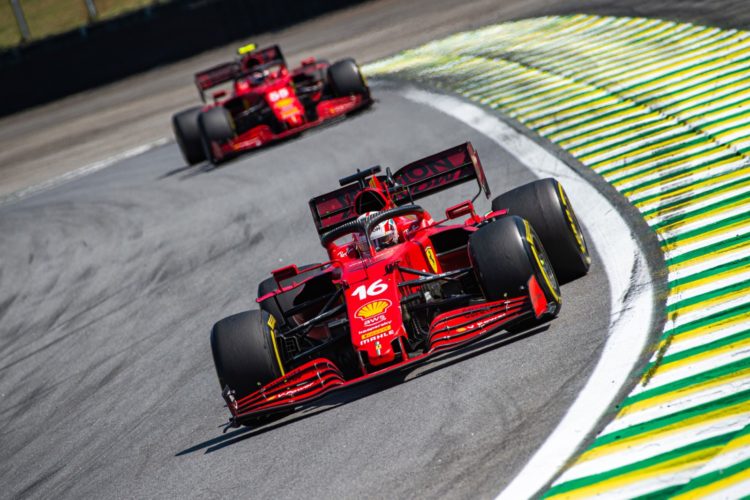 Ferrari team boss Mattia Binotto says the marque can be encouraged by its growth through 2021 as it strives to return to regular front-running contention.

Ferrari is without a win since 2019, and slumped to sixth last season, but has progressed through 2021 and has now vaulted clear of McLaren in the battle for third.

Part of its recent gains have gone from an updated power unit that was introduced in Russia, initially for Charles Leclerc, before Carlos Sainz took then new component in Turkey.

It has secured successive fifth- and sixth-placed finishes in Mexico City and Sao Paulo, with Sainz third in Sprint, which combined with a tricky run for McLaren has left it 31.5 points in front.

“I think what’s happening is pretty relevant [for 2022],” said Binotto.

“I think overall race management we have improved through the season as per race and that will be very useful in the view of next year.

“It’s not only the race management it’s the overall, entire team – let me say – interactions which is important and I think that we are working well with a view on ‘22 but certainly, the car will be different.

“Not [just] the car as well: the target, the objectives, what we are doing, everything related, the comparisons with the ones we’ve got to beat, are all part of the process of development which is interaction between engineers, people, drivers which we are still trying to improve and I think we’ve improved all through the season.”

In spite of its recent run Binotto cautioned that Ferrari cannot regard third place as secure.

“I think each single race can be different,” he said. “Now we are going to Qatar where we’ve never raced in the past.

“There are a lot of corners, we may face difficulties in terms of tyre wear which we saw so we will we need to prepare ourselves very well for that.

“I think Qatar can be a different picture to the previous one. We’ve got a margin of 31.5 points which are important but I think that each single race we are starting again with a similar level of performance and it’s up to us to prove that we can stay ahead.”