Seidl: McLaren will try to ‘hang in there’ in P3 fight 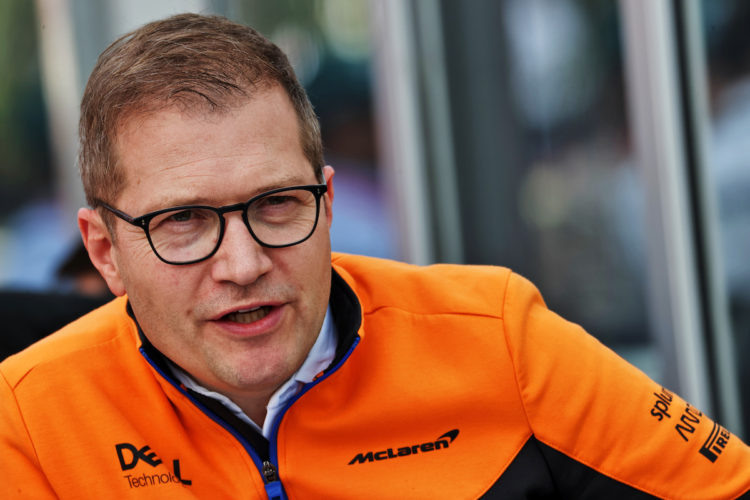 McLaren team boss Andreas Seidl says his team will try to “hang in there” in the fight for third in the Constructors’ Championship against Ferrari.

Lando Norris scored a sole point for the Woking-based team in tenth, while Ferrari’s Charles Leclerc and Carlos Sainz finished the race in fifth and sixth respectively.

With three races remaining, Seidl asserts that McLaren is not giving up hope in the battle, but acknowledges that the team must be realistic over where it stands.

“Clearly we have to face reality,” Seidl said. “If everything goes well for Ferrari until the end of the season, it will be difficult.

“At the same time as long as it’s theoretically possible, we’ve seen several times this year and last year what can happen in race weekends.

“We will try to hang in there but more importantly is simply now, as I said before, to come back to scoring the results that are possible for us.

“I think in the last two race weekends we didn’t have the strongest car in this battle we were in but it was still possible to score good results and this is what we didn’t manage, and that’s what we need to do better.”

Seidl added that McLaren’s inconsistency in the second half of the 2021 season has been a key factor in the current point differential.

“If you’re up against a strong Ferrari, obviously the key in order to stay in the battle, which was the objective to keep scoring continuously with both cars like we did more in the first half of the season,” he said.

“I think that we as I said before we simply didn’t manage it as a team to score the points that were on the table for us.

“If you look at the incidents that we had in Mexico, the first lap, it’s costing us a lot of points.

“We had weekends where we didn’t maximise the package in terms of performance which cost us a lot of points on tracks like Zandvoort or Turkey.

“In the end, that resulted in these bad weekends and in the end put us on the backfoot in the Constructors’ Championship.”