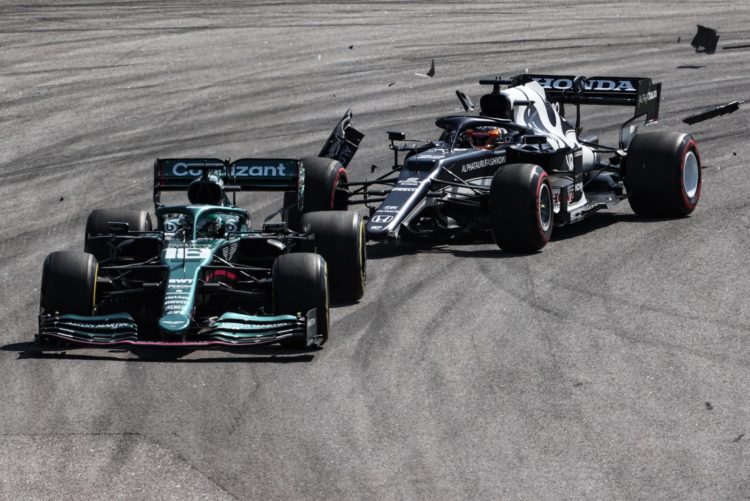 Yuki Tsunoda described a 10-second penalty for clashing with Lance Stroll in Brazil as “really ridiculous” for a move the Canadian labelled as “desperate.”

Tsunoda, the only driver to start on Softs rather than Mediums, attempted to relieve the Aston Martin driver of 12th position into the Senna S.

But the two cars collided, resulting in damage to both machines, and stewards pinned the blame on Tsunoda.

Tsunoda was handed a 10-second time penalty, along with two points on his Super Licence, bringing his total from 2021 up to six points.

In their explanation stewards deemed Tsunoda to be “wholly at fault” as he “braked too late in this optimistic manoeuvre.”

But Tsunoda was frustrated by the severity of the penalty.

“It’s a shame, the move was there. 10-second penalty is absolutely, I mean… okay, five-seconds [would] still be harsh but okay, but 10 seconds is really ridiculous for me. But it is what it is and I have to improve next time.”

Stroll continued in the aftermath of the clash but eventually pulled into the garage to retire.

“It was just getting worse, started off with like 25 points [of downforce lost], then 45 points and pieces were just falling off the car and we were just going backwards.

“He started on Softs, he’s got a really quick car, in the first couple of laps he was going to be super quick, I think he’s off the pace and was super desperate to make a move and was just too far back.

“I don’t know what he was doing, I guess he was just desperate and way too optimistic.”