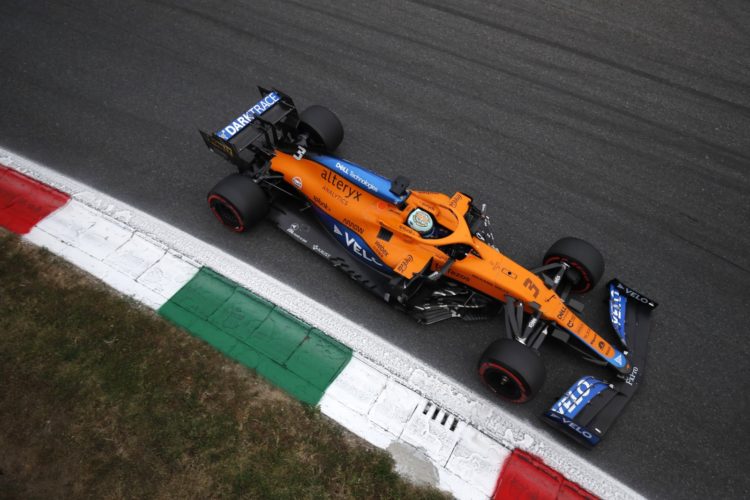 Daniel Ricciardo, McLaren MCL35M from above

The McLaren Group issued a short statement on Monday, rubbishing claims the brand has been sold to German automotive giant, Audi.

A report in Autocar claims Audi and McLaren have come to an agreement, which would see the British sportscar manufacturer, as well as its Formula 1 team, come under the Audi brand, but McLaren called the report “wholly inaccurate”.

“McLaren Group is aware of a news media report stating it has been sold to Audi,” read the statement. “This is wholly inaccurate and McLaren is seeking to have the story removed.

“McLaren’s technology strategy has always involved ongoing discussions and collaboration with relevant partners and suppliers, including other carmakers, however, there has been no change in the ownership structure of the McLaren Group.”

Sources have however confirmed that discussions have taken place between McLaren and Audi, but no such agreement has yet been reached between the two parties.

Audi is looking for an entry into Formula 1 and many see a takeover of an existing team as its easiest route, rather than starting a new motorsport programme from scratch.