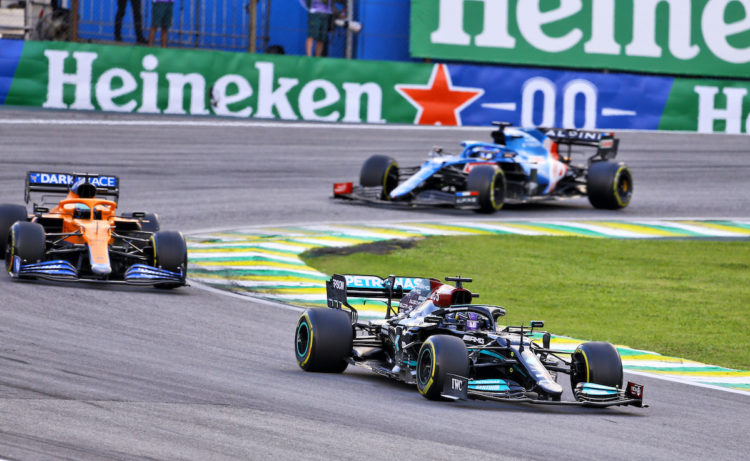 Last weekend at the Sao Paulo Grand Prix, Lewis Hamilton was forced to complete a series of recovery drives at Interlagos.

In the 24-lap F1 Sprint, the seven-time world champion was sent to the back of the field after it was discovered post-qualifying that his drag reduction system breached the technical regulations.

Hamilton ended the race in fifth place, which resulted in a 10th place start for the grand prix after he took on a fresh engine for the weekend, meaning he was handed a five-place grid penalty for Sunday’s event.

Despite the setback, Hamilton managed to climb into the lead and take his fourth win of the 2021 campaign.

Binotto believes that Hamilton’s performance has made a case as to how reverse grid races would improve the spectacle for fans, all the while allowing the fastest cars to win.

“I think it is [feasible], honestly because of so what happened with so many overtakes, so much fun,” Binotto said.

“I think we should really consider it and that’s obviously for the sprint race format and having seen what happened, I think it’s not debatable.”

F1 Sprint is due to feature at six grands prix next year.

In the recent F1 Global Survey, the results found that fans heavily opposed the idea of reverse grid races.

F1’s managing director Ross Brawn recently acknowledged that the audience’s objection to reverse grid races meant they were unlikely to be established soon, despite his eagerness to trial them.